Safeguarding the Autonomy of Tribunals

This article is based on “Safeguarding the autonomy of tribunals” published in The Hindustan Times on 23/07/2020. It evaluates the new rules promulgated by the centre pertaining to the functioning of the tribunals.

Recently, the Union Ministry of Finance framed a new set of rules called the Tribunal, Appellate Tribunal, and other Authorities (Qualifications, Experience and other Conditions of Service of Members) Rules, 2020 that prescribe uniform norms for the appointment and service conditions of members to various tribunals.

The new rules have been framed by the government as the previous Rules of 2017 were struck down by the Constitution Bench of the Supreme Court in November 2019 in the case Rojer Mathew vs South Indian Bank.

However, the new rules carry out only cosmetic changes and some of the provisions contravene the spirit of law laid down by the Supreme Court (SC) on matters related to tribunals.

Issues With the New Rules

It is the need of the hour that the Union government shows enough will to force systemic tribunal reforms. A reform to the tribunals system in India may as well be one of the keys to remedy the age old problem that still cripples the Indian judicial system – the problem of judicial delay and backlog.

In this context, an independent autonomous body such as a National Tribunals Commission (NTC), responsible for oversight as well as administration, can go a long way in remedying issues that plague the functioning of tribunals. 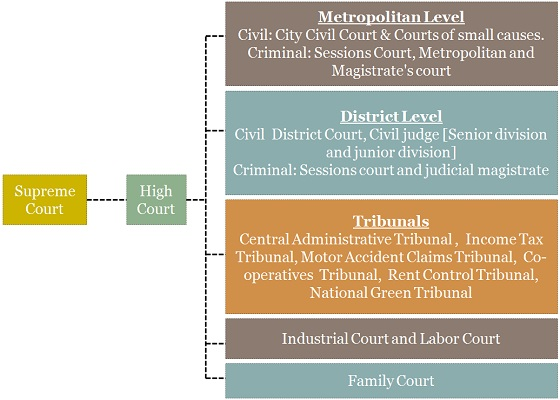 This editorial is based on “Dissent, Contempt” which was published in The Times of India on July 24th, 2020. Now watch this on our Youtube Channel.