Reservation: Not a Right

This article is based on “Reservation as right: on Supreme Court judgment” which was published in The Hindu on 11/02/2020. It talks about the recent judgment of the Supreme Court on the reservation.

Recently, the Supreme Court has ruled that reservation in the matter of promotions in public posts is not a fundamental right, and a state cannot be compelled to offer the quota if it chooses not to. The idea that reservation is not a right may be in consonance with the Constitution, however, the government is still under the obligation to perform Reservation for vulnerable sections of society.

What does the Supreme Court ruling hold?

Significance of the Judgement

What is the Reservation? 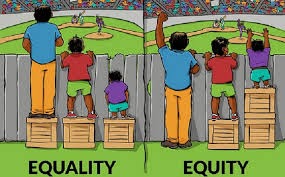 The reservation policy was introduced only for a temporary timeframe until equality reigns amongst all bases of discrimination. However, the policy of reservation has been continuing for over six decades now and has been expanding.

Since, Reservation is necessary to provide equality, equity, and diversity in society. The Policy of reservation results in social upliftment of marginalized sections, however, there is a need for rationalizing this current policy so that a balance can be established between social mobility and merit.