This article is based on “Naga talks: long road, issues” which was published in The Indian Express on 28/10/2019. It talks about the long history of the Naga issue and various initiatives taken to resolve it.

The Centre’s interlocutor R N Ravi stressed on the need to resolve key issues with the Nationalist Socialist Council of Nagalim (Isak-Muivah) or NSCN-IM as the Centre approaches toward wrapping Naga peace talk till October 31st deadline.

What is Naga Issue? 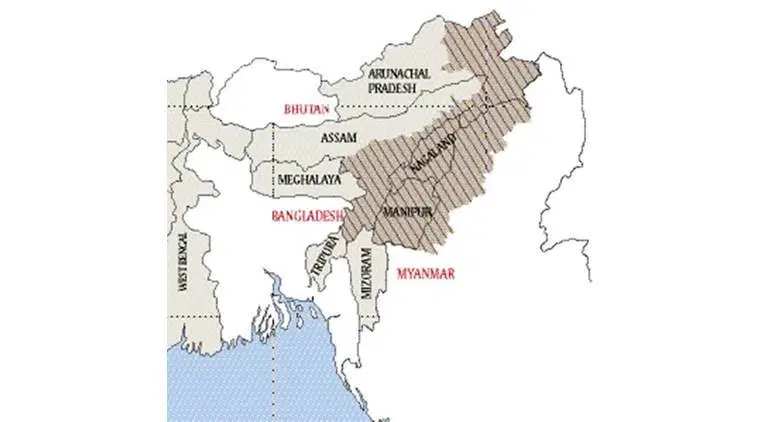 Stands of other States

The governments and civil society organisations in Arunachal Pradesh, Assam and Manipur have made it clear that they would not compromise on their territorial integrity.

What can be done to resolve the issue?

The history of Indo-Naga conflict shows that various past agreements have broken down due to different interpretations of the provisions by the parties at their convenience. Therefore various recommendations described below can help to achieve long-lasting peace in the region.

Nagas are culturally heterogeneous groups of different communities/tribes having a different set of problems from mainstream population. In order to achieve the long-lasting solution, their cultural, historical and territorial extent must be taken into consideration. Therefore any arrangement to be worked out should lead to social and political harmony, economic prosperity and protection of the life and property of all tribes and citizens of the states.