Marital Rape: An Indignity to Women

This article is based on Marital rape: an indignity to women, which was published in The Hindu on 31/08/2021. It talks about the issues related to non criminalisation of marital rape and suggest a way forward.

Notwithstanding this, the discrepancies and failings of Indian criminal law, highlighted by the judgment, deserve scrutiny.

Impacts of Marital Rape on Women

Indian law now affords husbands and wives separate and independent legal identities, and much jurisprudence in the modern era is explicitly concerned with the protection of women.

Therefore, it is high time that the legislature should take cognisance of this legal infirmity and bring marital rape within the purview of rape laws by eliminating Section 375 (Exception 2) of IPC. 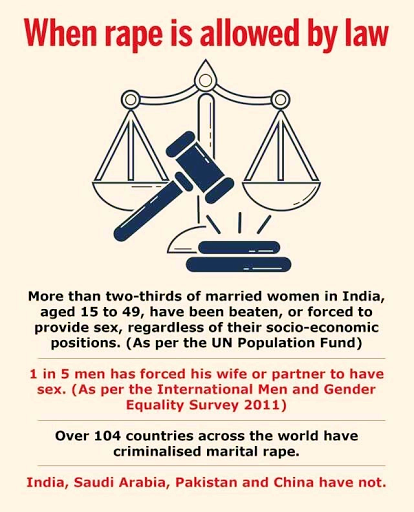