This article is based on “An unreliable emergency fund” which was published on the Indian Express on 01/07/2020. It talks about the prospects and challenges of using forex reserves for stimulating the economy.

Recently, India’s forex reserves have crossed an unprecedented mark — over half trillion USD — placing India only behind China and Japan in Asia. While forex reserves amounting to import cover of six months is considered sufficient, today’s cover is enough to sustain imports up to 12 months.

Therefore, many economists are of the view of using a small portion of these forex reserves for launching another economic stimulus to help support economic growth amid Covid-19 pandemic.

However, over-reliance on forex reserves to provide economic stimulus may prove to be dangerous for the economic stability of Indian economy.

Reasons For Surge in Forex Reserves

The recent rise in forex reserves is a result of two factors:

Dangerous Side of Leveraging Forex Reserves

If the government intends to use forex reserves as an emergency fund, it should ensure that they do not shrink just when they are most needed. Apart from it, there is a need for separate attention to carry out structural reforms that can really pull out the Indian economy from persistent slowdown. 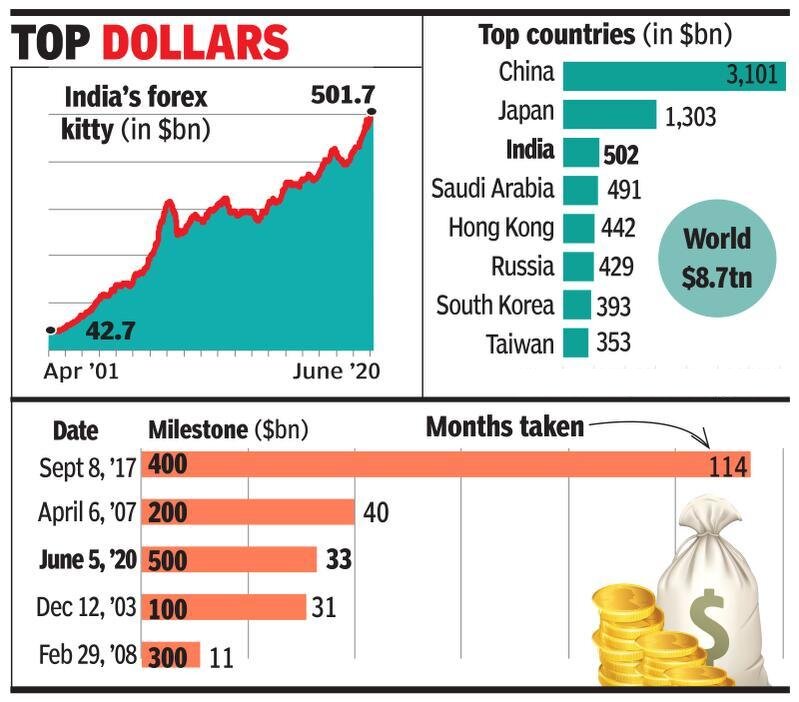 This editorial is based on “Indian paradox” which was published in The Times of India on July 3rd, 2020. Now watch this on our Youtube channel.