This article is based on “Lower the temperature, defuse the issue” published in The Hindu on 23/05/2020. It talks about recent diplomatic tussles between India and Nepal over the boundary dispute issue.

Recently, the Nepal government referring to the Treaty of Sugauli, 1816, took a decision to adopt a new political map that claims Indian territory of Lipulekh, Kalapani and other areas, as a part of Nepal.

Further, India Indian Army Chief’s contention that Nepal raised the dispute at the “behest of an external force”, namely China. These developments over the Kalapani territorial issue appears to threaten the basis of their special relationship, which has nurtured open borders and the free movement of people.

In this context, India must realize the importance of Nepal and quickly take diplomatic efforts to resolve this impasse. 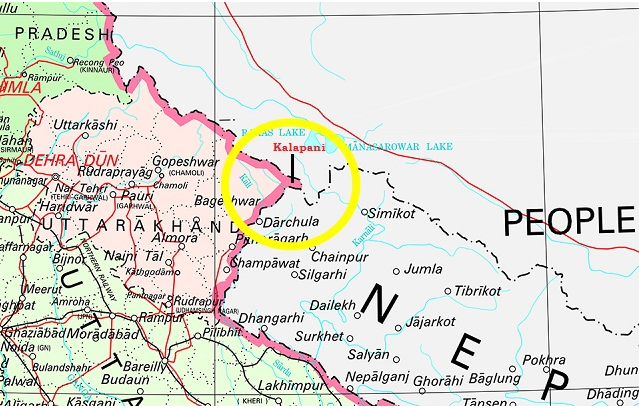 Importance of Nepal For India

Although the people-to-people relationship between India and Nepal is unmatched, in recent times the not so good government-to-government relationship has curated many issues. In this context:

Boundary disputes are common ground for countries that have an ancient history and shared borders, and the India-Nepal border issues one such dispute. Thus, the two neighbouring countries should not let the war of maps deteriorate their historical ties.

This editorial is based on “Cold Neighbourhood” which was published in The Hindu on May 23rd, 2020. Now watch this on our Youtube Channel.