A new island has been discovered that is located off the Greenland’s coast. 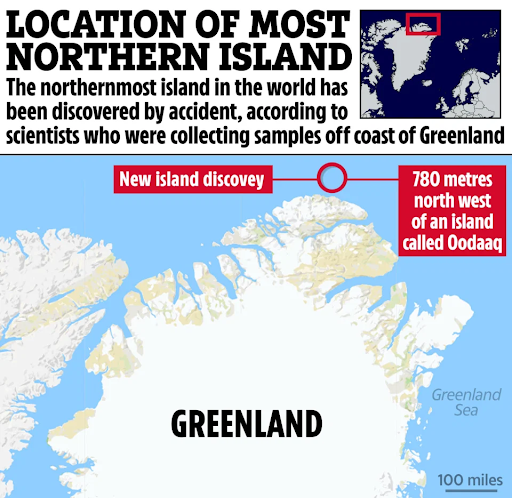