For Prelims: Location of Kazakhstan and nearby countries, Countries of the Soviet union.

For mains: Reasons for the current unrest in Kazakhstan, Significance of Kazakhstan to the world, Role of Russia, and impact of the unrest.

Recently, a sharp and sudden spike in fuel prices triggered a national crisis in Kazakhstan, with the government officially stepping down following days of violent protests across the country. 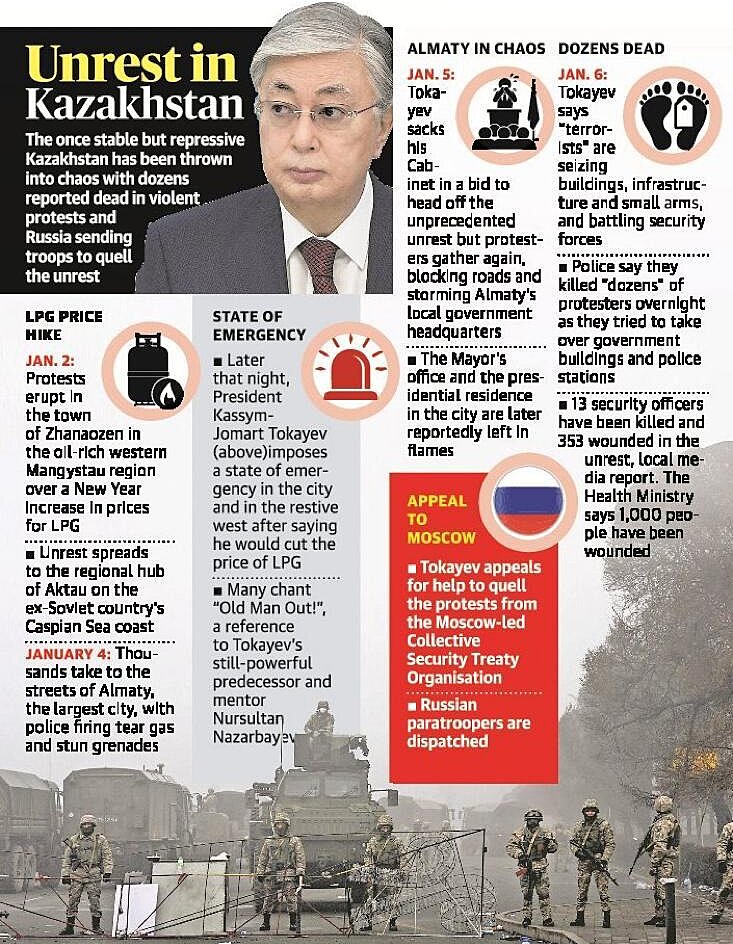