WHO has presented a strategy aimed at cutting snakebite-related deaths and disabilities in half by 2030, as snake bite can soon become a major Global Public Health Emergency if not dealt properly.

Snakebite envenoming is a potentially life-threatening disease that typically results from the injection of a mixture of different toxins (venom) following the bite of a venomous snake and can also be caused by having venom sprayed into the eyes by certain species of snakes that have the ability to spit venom as a defence measure. 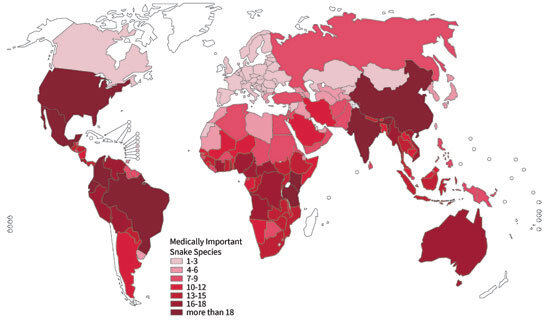