Report on Heat-trapping Gases in the Atmosphere: WMO

According to the World Meteorological Organization (WMO) Greenhouse Gas Bulletin, the abundance of heat-trapping greenhouse gases in the atmosphere once again reached a new record last year (2020), with the annual rate of increase above the 2011-2020 average. 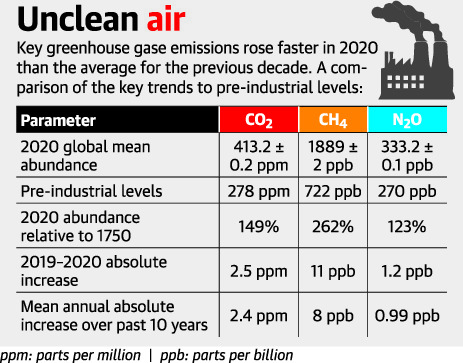