Recently, the Centre has proposed amendments to the Registration of Births and Deaths Act (RBD), 1969. 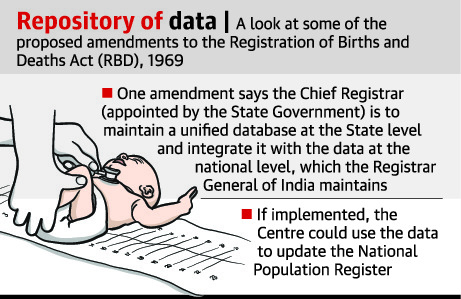