According to the data presented by the Ministry of Environment, Forest and Climate Change in the Lok Sabha, ozone was reported as a prominent pollutant (for 95 days between 2016 and 2018) in Delhi (contributing to rising air pollution in Delhi).

Ozone (composed of three atoms of oxygen) occurs both in the Earth's upper atmosphere (stratosphere) and at ground level ( troposphere). It can be good or bad, depending on where it is found: 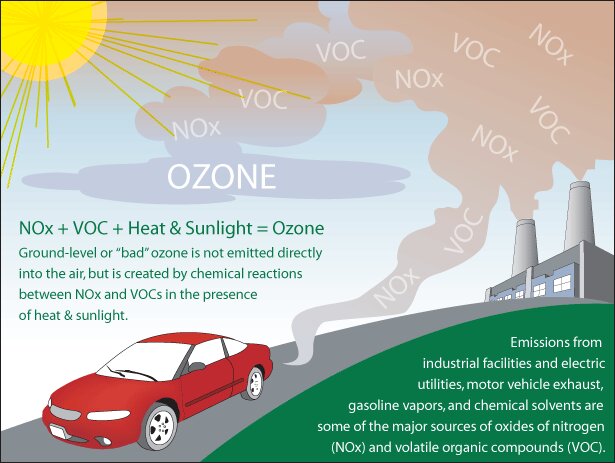