One-fifth of the Country’s Forests Prone to Fire

Recently, the 2019 report by Forest Survey of India (FSI) was released. It states that about 21.40% of forest cover in India is prone to fires, with forests in the north-eastern region and central India being the most vulnerable.

It is a premier national organization under the Union Ministry of Environment and Forests responsible for assessment and monitoring of the forest resources of the country regularly. 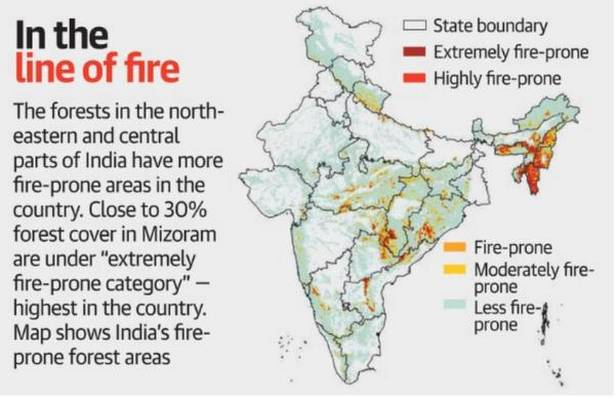