Recently, the Finance Minister has countered criticism of high oil prices by claiming that the government cannot bring down taxes - and thus oil prices because it has to pay for oil bonds issued by the Previous Government. 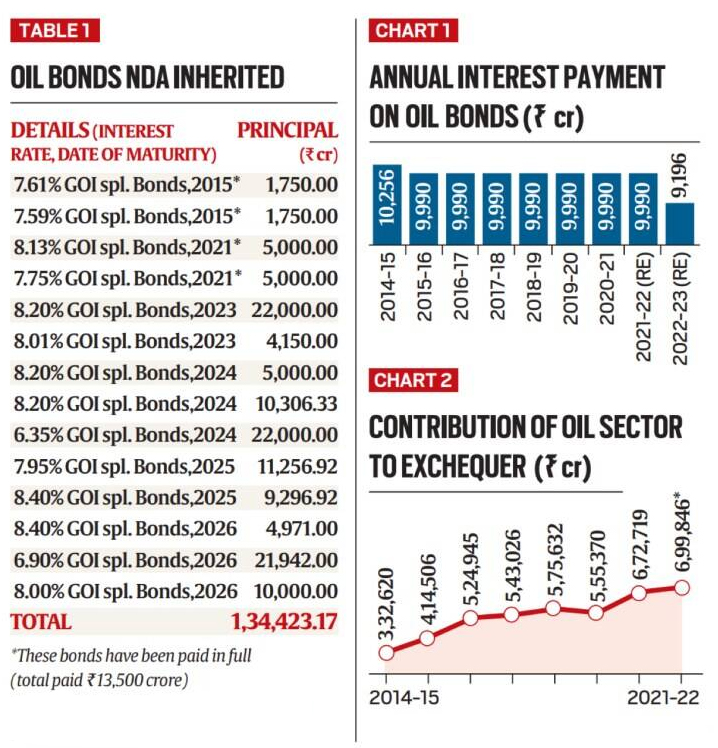 What Percentage of Fuel Price is Tax?

What are Oil Bonds?

Q. In the context of global oil prices, “Brent crude oil” is frequently referred to in the news. What does this term imply? (2011)