For Mains: NCST and its Functions, Scheduled Tribes.

According to a parliamentary committee's recent report, the National Commission for Scheduled Tribes has been dysfunctional for the last four years and has not delivered a single report to Parliament.

What is the NCST?

At the national level, which ministry is the nodal agency to ensure effective implementation of the Scheduled Tribes and Other Traditional Forest Dwellers (Recognition of Forest Rights) Act, 2006?

(a) Ministry of Environment, Forest and Climate Change

(b) Ministry of Panchayati Raj

What are the Duties and Functions of the NCST?

(a) protect the interests of Scheduled Tribes

(b) determine the boundaries between States

(c) determine the powers, authority and responsibilities of Panchayats

(d) protect the interests of all the border States

What are the issues with the NCST?

What are the Recommendations of the Panel?

What is the Status of Scheduled Tribes in India? 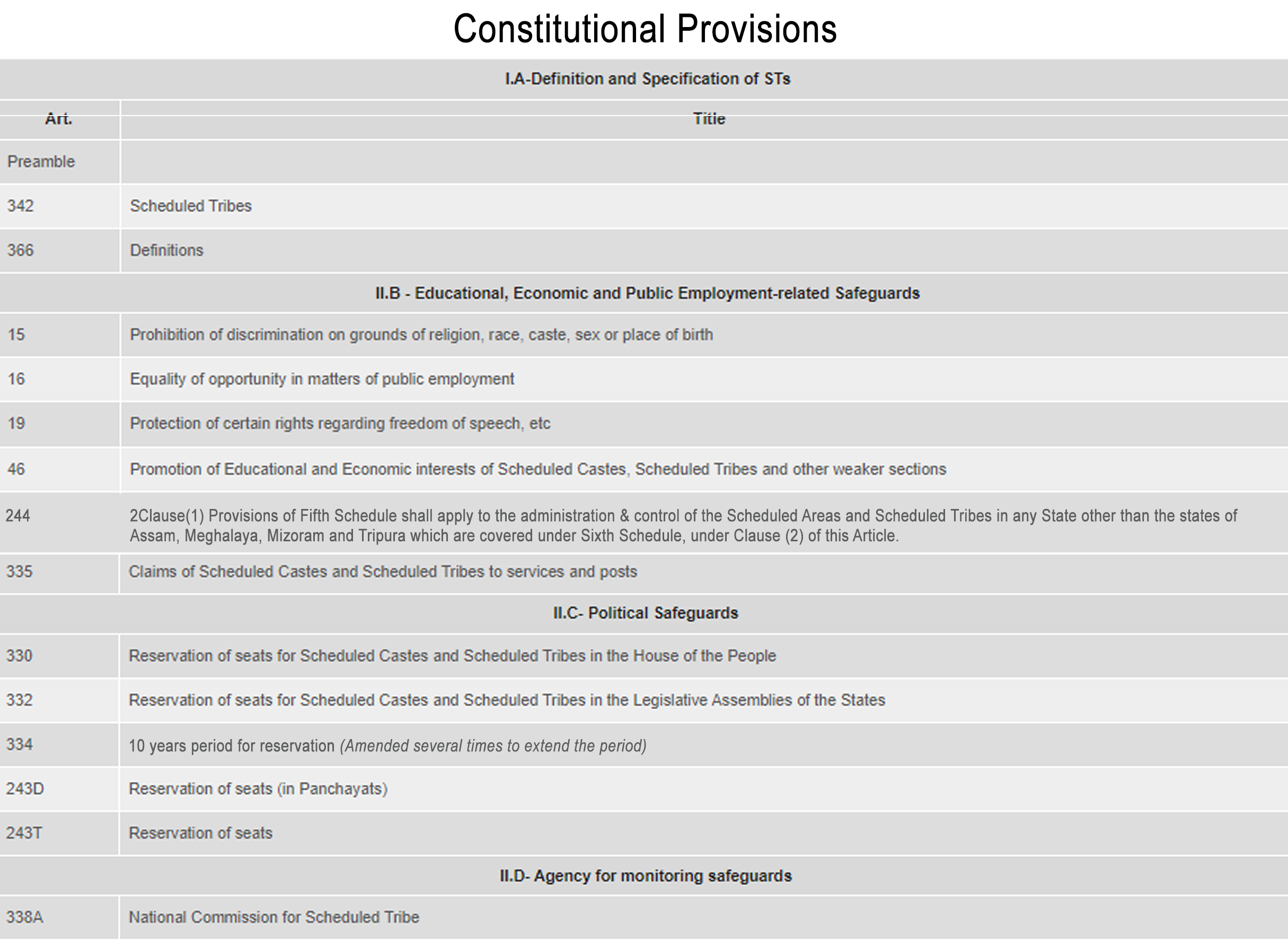 Every year, a month long ecologically important campaign/festival is held during which certain communities/tribes plant saplings of fruit-bearing trees. Which of the following are such communities/ tribes? (2014)

(a) Bhutia and Lepcha

(b) Gond and Korku

Which of the above pairs are correctly matched?