For Mains: Challenges to functional autonomies of urban local bodies.

The Municipal Corporation (Amendment) Bill 2022 is likely to be tabled in the Parliament. 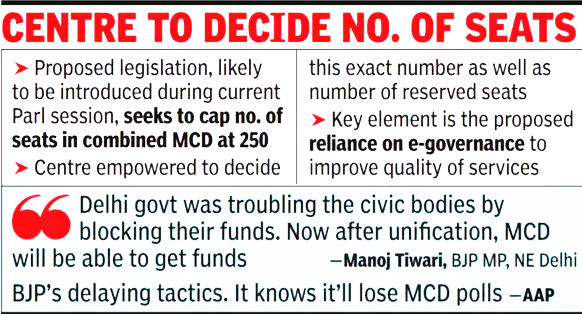 What is the background and Need for Reunification?

What is a Municipal Corporation?

Which of the following provisions of the Constitution of India have a bearing on Education? (2012)