Recently, the Supreme Court ordered the reconstitution of the Mullaperiyar dam’s supervisory committee. 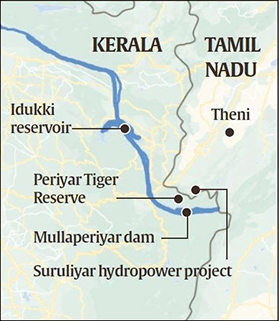 What was the Supreme Court Ruling?

What do we Know about the Mullaperiyar Dam?

What are the Key Highlights about Periyar River?

What is the Dispute?

Why is the Dam Safety Act?

How does the Dam Safety Act Affect Mullaperiyar?

Q. Which one of the following pairs is not correctly matched? (2010)