Mount Paektu or Changbai (in Chinese) is considered sacred by the Koreans. 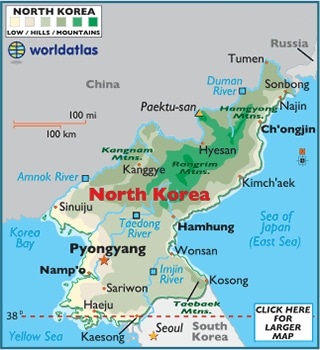