Recently, the President of India visited Japan. The visit was the first presidential visit to Japan after a gap of 29 years. 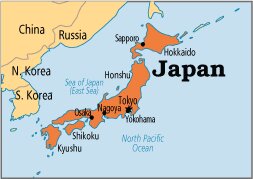