The Minister of State for Shipping, digitally flagged off a ship of the Inland Waterways Authority of India (IWAI), carrying stone from Bhutan to be delivered in Bangladesh. 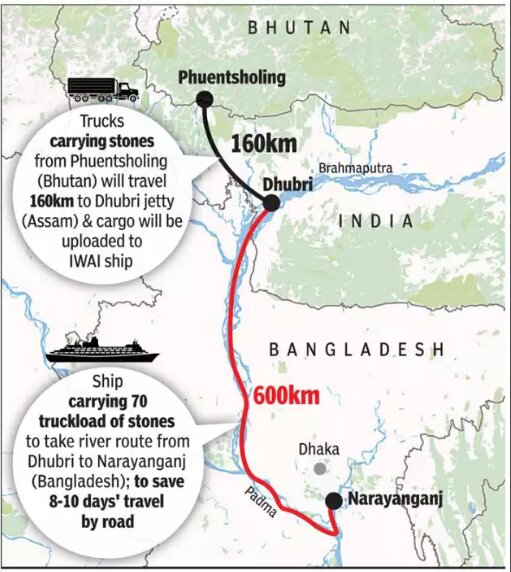 Initiatives to increase the use of Inland Waterways