Recently, Hurricane Hanna has made landfall (the point at which a hurricane reaches land) in Texas with life-threatening storm surge and strong winds. 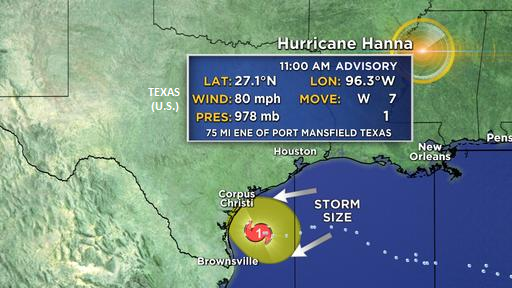