Henley & Partners, the residence and citizenship planning firm has published the Henley Passport Index for 2020 according to the number of destinations the respective passport holders can access without a prior visa. 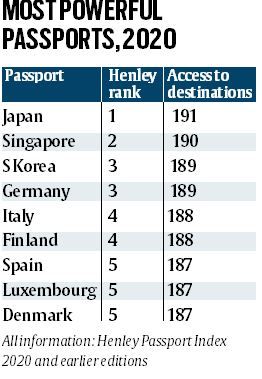