As per the study published recently in the international journal Biological Conservation, the Western Ghats have lost almost one-fourth of high-altitude grasslands over four decades, primarily due to exotic invasive trees, such as pine, acacia, and eucalyptus. 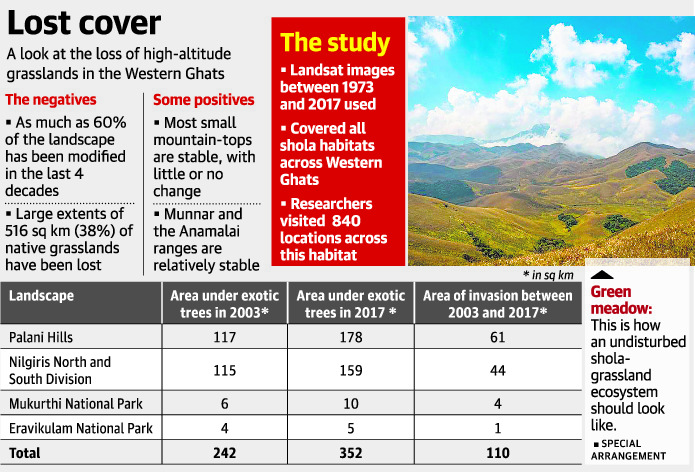