The Supreme Court has recently given its judgement in the Essar Insolvency case. The Judgement has paved the way for ArcelorMittal and Nippon Steel to take over debt-laden Essar Steel. 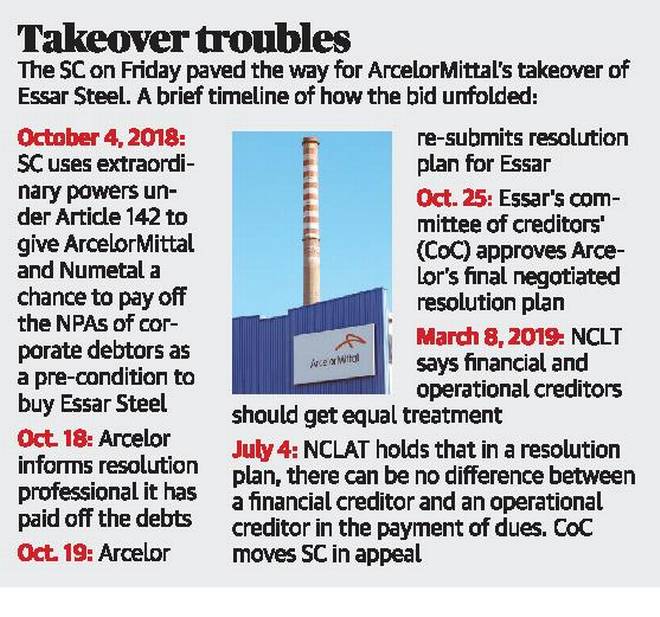 Likely Impact of the Judgement