Kerala may have undercounted almost 2,700 elephants in the latest elephant census conducted in 2017. 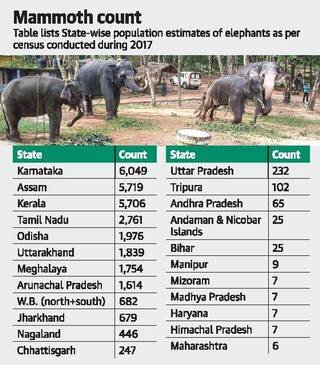