The Economic Survey 2019-20 has been tabled in the Parliament by the Union Minister for Finance. 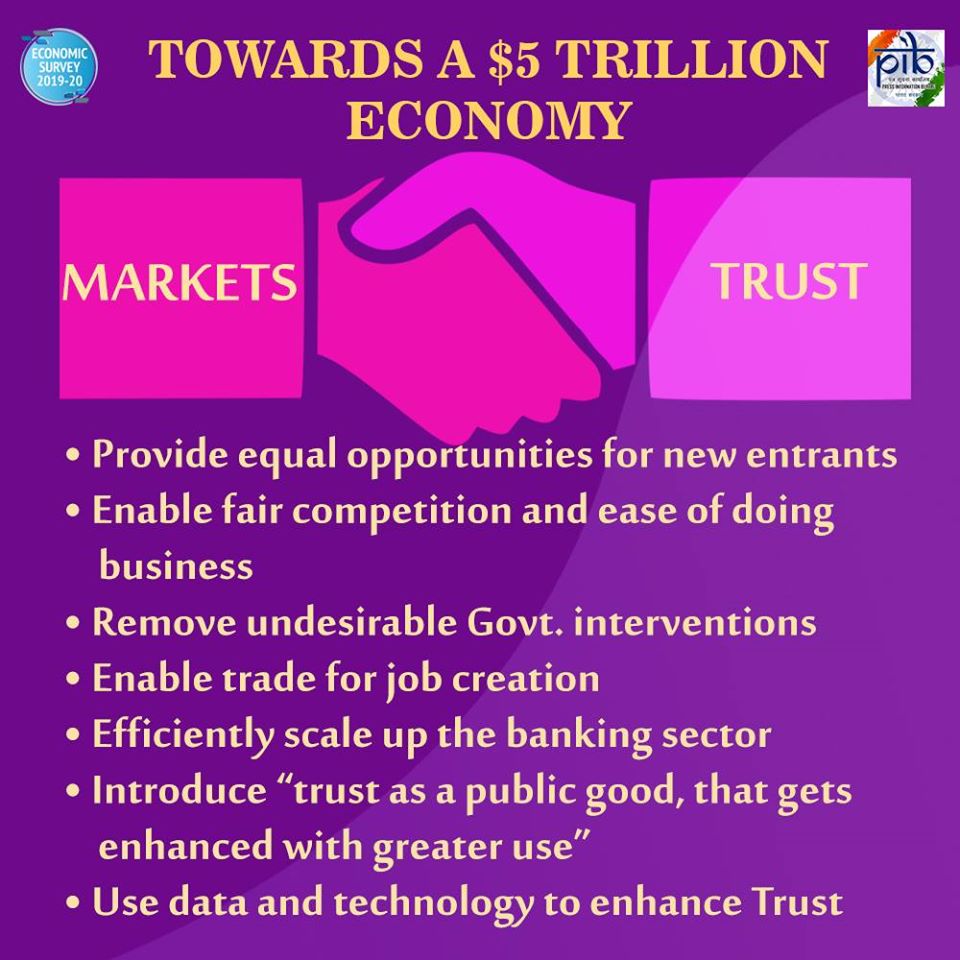