The Union Minister of Finance of India along with her counterpart, the Finance Minister of Bhutan has jointly launched Bharat Interface for Money - Unified Payments Interface (BHIM-UPI) in Bhutan. 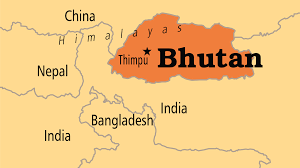