This article is based on “Evolve an integrated response to floods” which was published in The Hindustan Times on 06/07/2020. It talks about the need for an Holistic Flood Management framework In India.

Recently, floods in Assam and other north-eastern states have caused devastation of life and property, which is an annual problem in the region. However, floods are not restricted to North-eastern India, rather it affects many other areas in the country.

Apart from natural factors like incessant and heavy rainfall during the monsoon, there are man-made factors that contribute to floods in India.

India is highly vulnerable, as most of its geographical area is prone to annual flooding. The high losses and damages due to floods show the poor adaptation and mitigation status of India and inadequacy in disaster management and preparedness.

Thus, there is a need for an Integrated flood management system.

Factors contributing to the increase in Floods

As floods cause major damage to life and property every year, it is time the central and the state governments prepare a long-term plan that goes beyond piecemeal measures like building embankments and dredging to control floods. Also, there is a need for an integrated basin management plan that brings all the river-basin sharing countries as well Indian states on board. 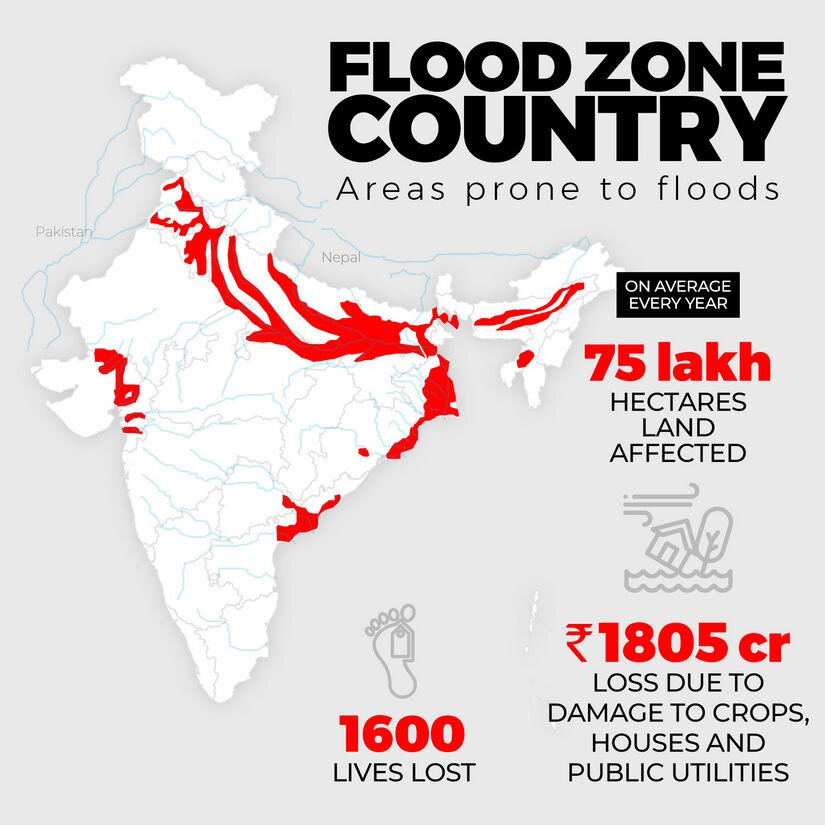 This editorial is based on “End of a dream” which was published in The Indian Express on July 7th, 2020. Now watch this on our Youtube channel.