This article is based on “India is in the middle of a much-needed start-up revolution” which was published in The Hindustan Times on 10/11/2020. It talks about the issues and way forward related to the startup ecosystem in India.

In recent years, startups have been receiving increased attention in many parts of the world. In India, the number of startups has increased fast and more support has become available in all dimensions. It is due to vast commercial potential for startups, India is often described as “the poster child of emerging markets”.

Today Startups are being widely recognised as important engines for growth and jobs generation. Through innovation and scalable technology, startups can generate impactful solutions, and thereby act as vehicles for socio-economic development and transformation.

However, still there are many challenges that act as a hindrance in realising the true potential of startups in India.

India now has 38,756 officially-recognised start-ups – with 27 unicorns, eight of which achieved this status in 2020 – and is the third-largest tech start-up hub globally. Apart from it, India’s economy, demography and government’s active support provides a wide scope for establishing a thriving startup environment. 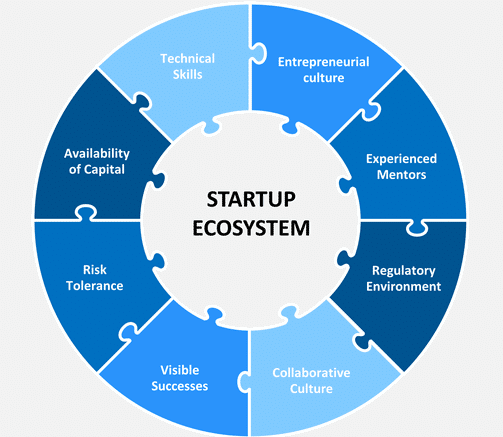 In present times startups in India are witnessing a golden chapter in the history of Indian entrepreneurship. However, still the indian government has a crucial role to play in positioning India as the Tech Garage of the World. It should act as a catalyst, and bring together the synergies of the private sector with the aim of innovating for India and the world.

This editorial is based on “India and Biden: On post-Trump ties” which was published in The Hindu on November 09th, 2020. Now watch this on our Youtube channel.