Self Reliance in Defence Manufacturing

This article is based on “Grasping the defence self-reliance nettle” from The Hindu published on 21/05/20. It talks about the challenges and the way forward for Defence manufacturing in India.

In pursuit of this, for most of the past decade, India has been one of the world’s largest arms importers (accounting for about 12% of global arms imports). However, with 60-70% import-dependence for weapons, spares and ammunition create vulnerabilities during military crises.

In order to promote self-reliance in defence production, the government has announced several measures under Atma Nirbhar Abhiyan. Though these steps are in the right direction, there are long-overdue reforms to make India truly self-reliant in defence manufacturing.

Self-reliance in defence manufacturing is a crucial component of effective defence capability and to maintain national sovereignty and achieve military superiority. The attainment of this will ensure strategic independence, cost-effective defence equipment and may lead to saving on defence import bill, which can subsequently finance the physical and social infrastructure. 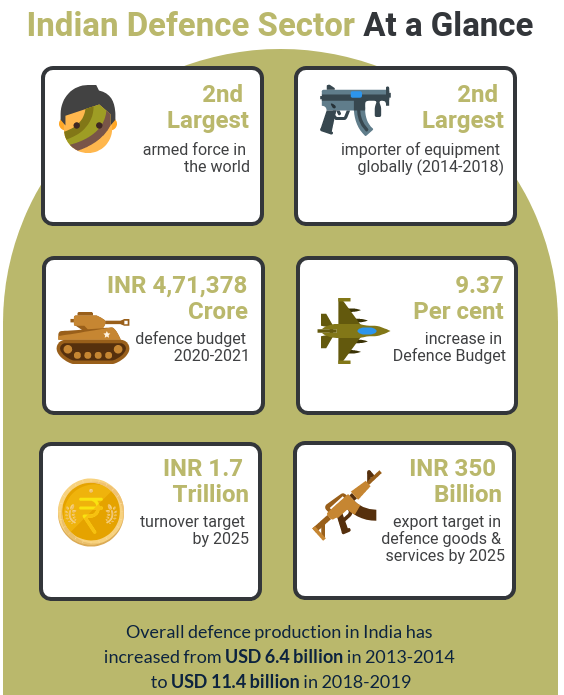 This editorial is based on “Grasping the defence self-reliance nettle” from The Hindu published on May 21st, 2020. Now watch this on our Youtube channel.