In January 2020, the Supreme Court of India held that access to information via the Internet is a fundamental right under the Indian Constitution. This was in the case of Anuradha Bhasin vs Union of India, where the top court also ruled that any restriction on Internet access by the Government must be temporary, limited in scope, lawful, necessary and proportionate.

The expectation was that this decision would limit the instances of Internet suspension to only those exceptional situations where there is a public emergency or a threat to public safety — the legislatively mandated prerequisites for restricting Internet access.

Unfortunately, these promises have remained unfulfilled. The year following the decision, India saw more instances of Internet shutdown than the year preceding it.

India’s Internet restrictions also accounted for more than 70% of the total loss to the global economy in 2020, and India remains infamous as the Internet shutdown capital of the world.

Some Examples of Recent Restrictions

Parliament has allowed these restrictions only in a public emergency or when there is a threat to public safety. Yet, to much dismay, Internet restrictions are much more common than desirable and cannot be challenged because of a lack of transparency.

Thus, more faithful compliance with the Supreme Court guidelines on the part of the executive government is needed to rid ourselves of the tag of the “internet shutdown capital” of the world and fulfil Digital India’s potential. 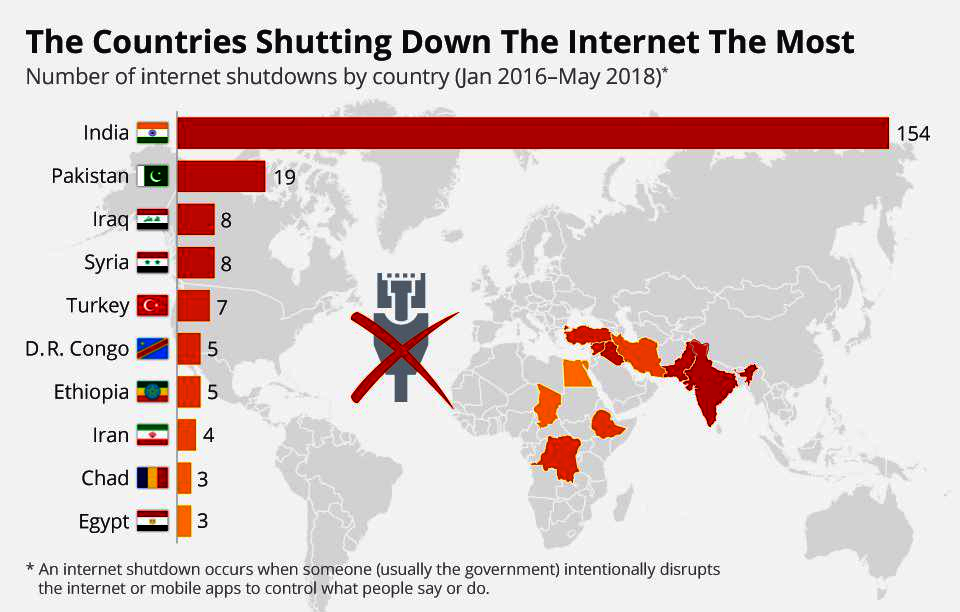