This article is based on “Lessons for Yogi from Gandhi and Lee” which was published in The Hindu on 16/06/2020. It talks about the relevance of ideas of Mahatma Gandhi and Lee Kuan Yew for contemporary India.

Globalisation has made life easy for migrant capital (foreign investments like FDI, FII, etc.), not for migrant labour. This can be reflected in the recent migrant crisis that emanated from Covid-19 pandemic. Also, the pull factor for migration i.e employment opportunities has been severely affected due to such pandemic.

Therefore, the need is to attain self-reliance, especially in rural areas. Rural areas are the main source of providing migrant labourers. In this context, India can take some lessons from Lee Kuan Yew, the founding father of modern Singapore, and from Mahatma Gandhi, the father of the Indian nation.

The health crisis and the economic crisis emanating from Covid-19 have prompted governments at all levels, whether international, national or state, to strive for self-reliance. India, under recently launched, Atma Nirbhar Abhiyan envisages self-reliance. This can be achieved by the confluence of ideas of Mahatma Gandhi and Lee Kuan Yew. Following factors become significant in this context:

One thing of course, that India can reject from the teachings of Lee Kuan Yew is the limits to freedom of expression and its limited democracy that depended critically on having one good person at the helm. Also, Gandhi’s averseness to technology which very much defines the past, present and future, is much debated today. 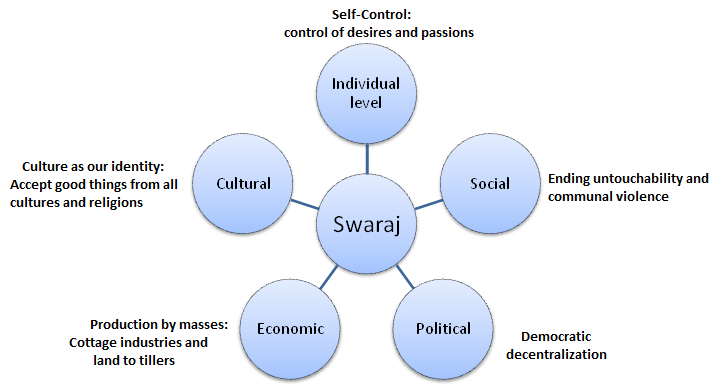 This editorial is based on “Too Many Taxes” which was published in the Indian Express on June 16th, 2020. Now watch it on our Youtube channel.