In order to deal with the Covid-19 pandemic, the governments across the world have imposed measures like lockdown and social distancing. However, these measures have caused collateral damage to almost every sector of the economy, so much so that the IMF held the current economic crisis could be the worst ever since the Great depression 1929.

Thus, there is a need for the preservation of the socio-economic system while the Great Lockdown lasts and recovery following it.

Nobel Prize winning economist- Paul Krugman argued that the economic response to the crisis should have two components: First, an Immediate disaster relief component that ensures survival of both firms and workers who have been rendered idle. And, Second, a Stimulus component that aims to repair and restart production lines during the exit phase of the lockdown.

In order to fulfil the first component and cater to the needs of the large section of population (mainly labour working in unorganised sector and daily wage earner) of India, the government can think of implementing Emergency Basic Income (EBI). EBI is a kind of Universal Basic Income provided during a crisis like the Covid-19, but subject to a rollback when normalcy returns.

Paul Krugman termed this current economic scenario as “coronacoma", the economic equivalent of a medically induced coma, in which some brain functions are deliberately shut down to give the patient time to heal.

What is Universal Basic Income?

Arguments in Favour of EBI 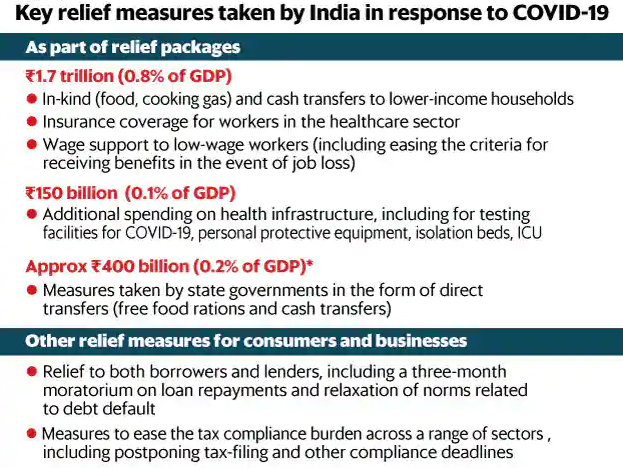 You can also watch daily editorial analysis on our youtube channel. The editorial “Across the Gulf” talks about the steps that India should take to evacuate its migrant workers stranded in West Asia.