This article is based on “Resetting balance”, “India is right to impose barriers on China. But there is a price tag”, “Boost, not restrict, foreign investment”. It talks about the implications of a recent change in FDI norms for India economy.

Recently, India has revised its FDI rules amid the Covid-19 pandemic. Under the revised norms, the automatic route is now closed to investors from India’s land neighbours, with special reference to China.

This new regulation is based on the fear that China may take advantage of the rock-bottom valuations of the firms of national importance in the backdrop of the lockdown. For example, recently People’s Bank of China purchased shares of HDFC Bank at a very low price.

However, India is facing a dilemma on this front, as the foreign capital remains crucial to the country’s economic success, and will be doubly important as India tries to revive its economy.

Thus, India needs to balance between its economic needs and combating neo-imperialist tendencies of China.

The overt objective of revision of this FDI policy, is to guard against “opportunistic takeovers and acquisitions” of Indian companies brought about by low valuations amidst the Covid-19 pandemic. However, India is also apprehensive about Chinese investment on the following accounts:

At this crucial juncture of economics, where the world is witnessing another economic crisis, India needs to expand its overseas economic engagements, even while remaining sensitive to its overall economic sustainability needs. 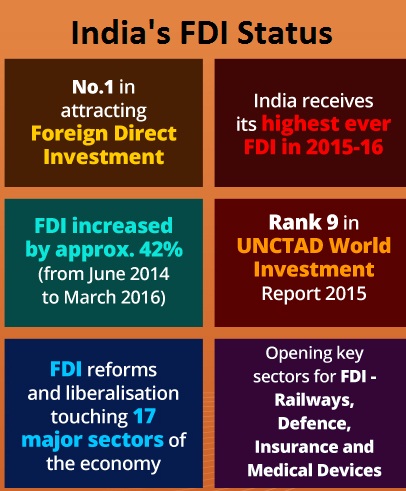 Follow editorial analysis on our youtube channel. This editorial is based on Institutional fixes and the need for ethical politics, published in The Hindu on April 18, 2020.