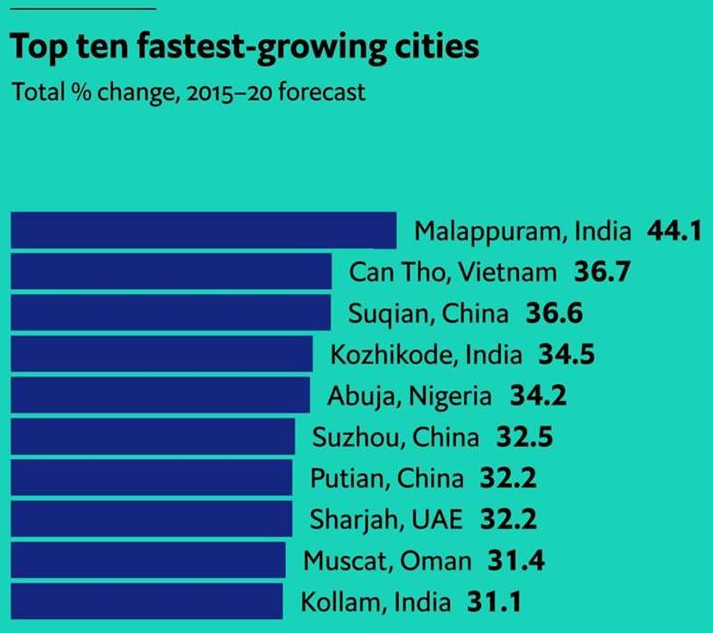 Recently, the Economist Intelligence Unit (EIU) survey released a ranking of the fastest-growing urban areas across the world which features three cities from Kerala among the top 10.

With Reference to Kerala 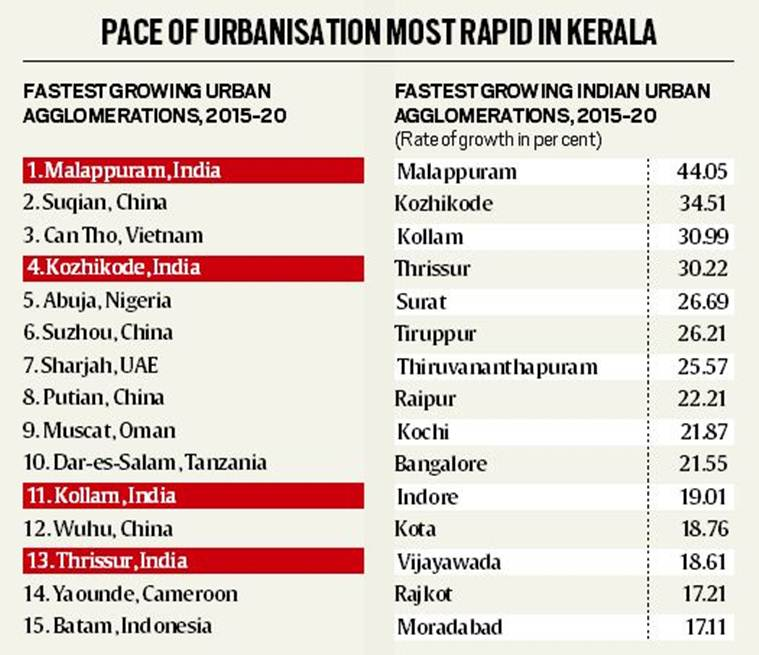