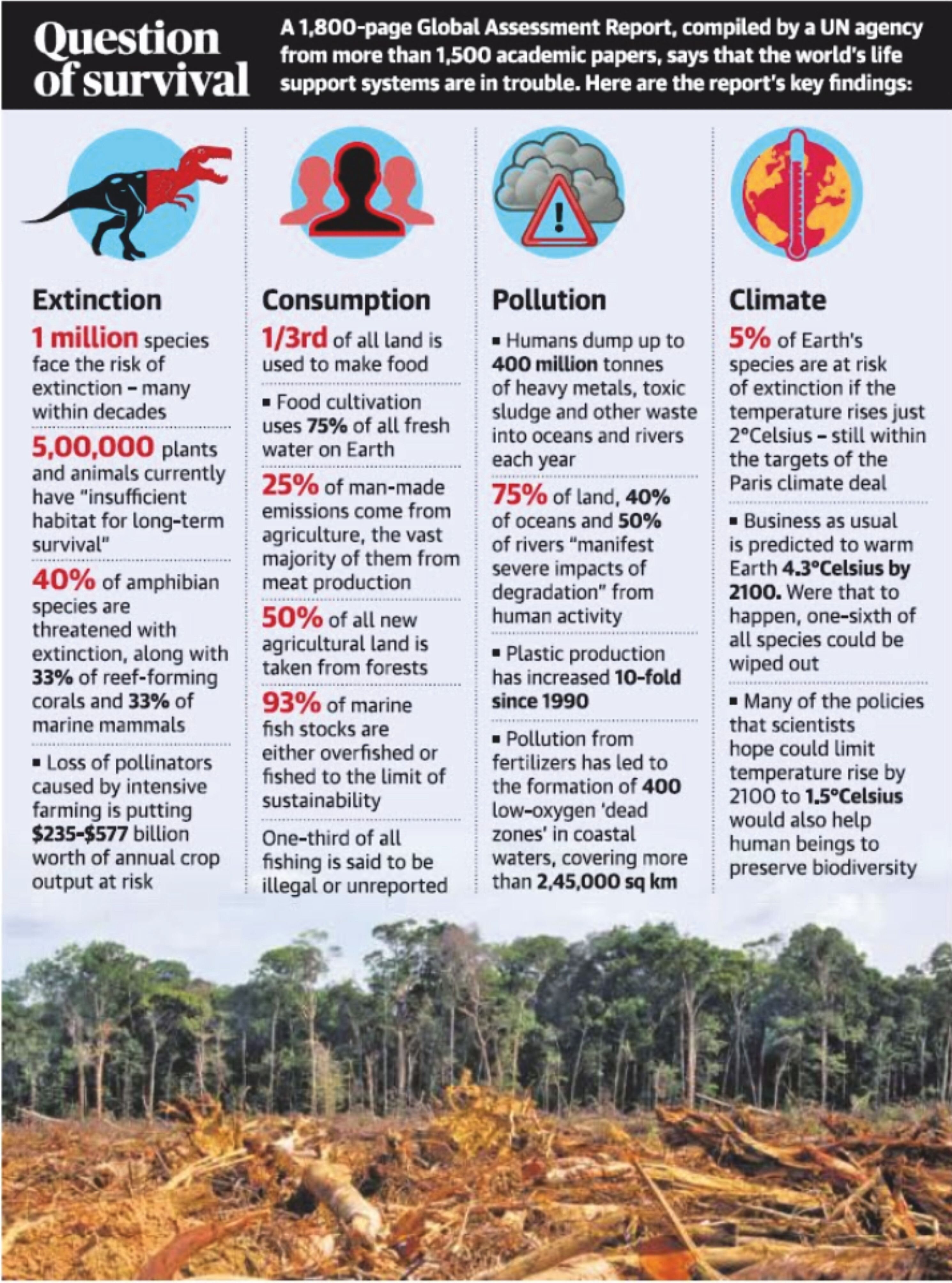 Significance of the report

Some of the report's notable findings

The Intergovernmental Science-Policy Platform on Biodiversity and Ecosystem Services (IPBES) is an independent intergovernmental body, established by member States in 2012.

Also, the windscreen phenomenon is a term given to the anecdotal observation that people tend to find fewer insects smashed on the windscreens of their cars now compared to a decade or several decades ago. This effect has been ascribed to major global declines in insect abundance.