Radar Imaging Satellite 2B is an Indian radar reconnaissance satellite that is part of India's RISAT programme. It is built by Indian Space Research Organisation and will be launched by PSLV-C46 rocket on May 22, 2019 from the launch pad at the Satish Dhawan Space Centre. 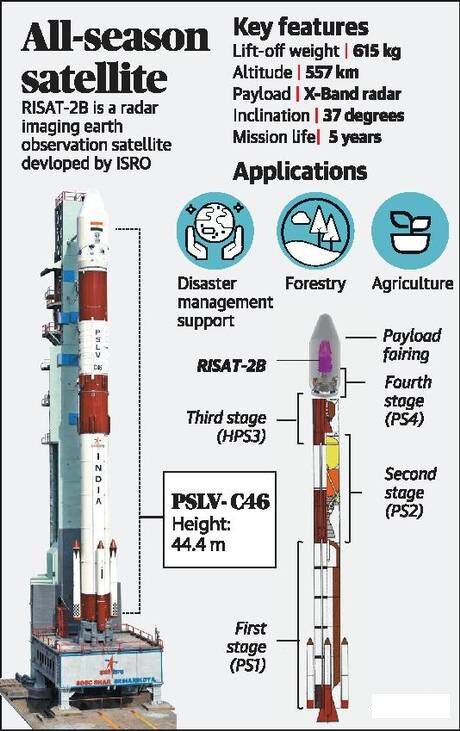