Recently, a scientist of Indian-origin has demonstrated a new way to generate electricity at night, without any active heat input. 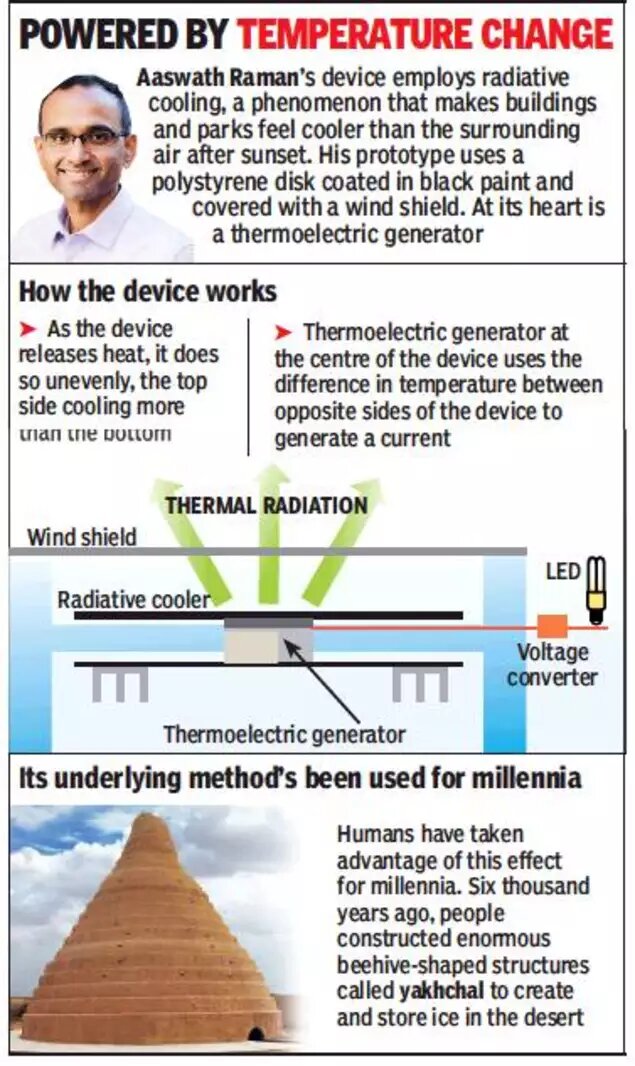