The government has raised less than 3% of budgeted revenues from disinvestment in 2020-21. As a result, the fiscal deficit for the current year is set to worsen. 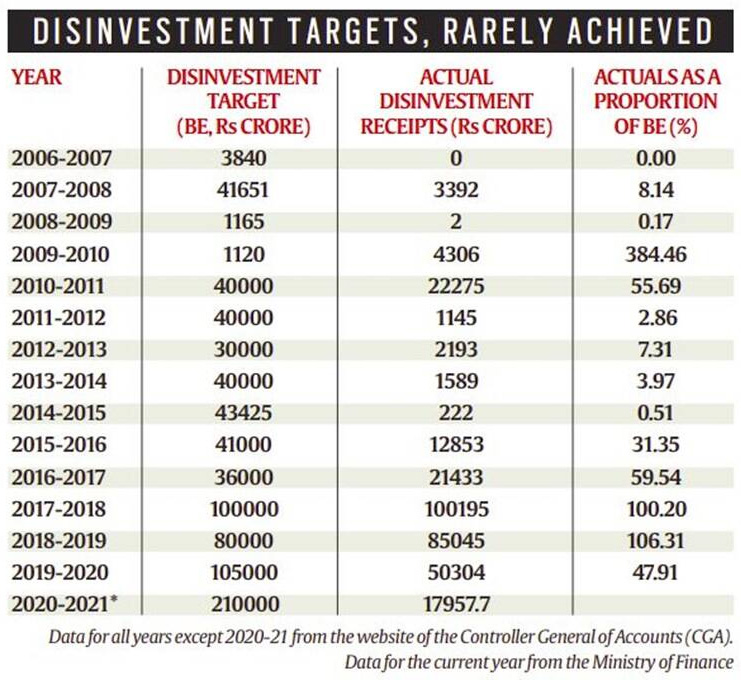