Recently, a study on biogenic methane hydrate in the Krishna-Godavari (KG) Basin was conducted by the researchers at the Agharkar Research Institute (ARI), an autonomous institute of the Department of Science and Technology, Government of India. 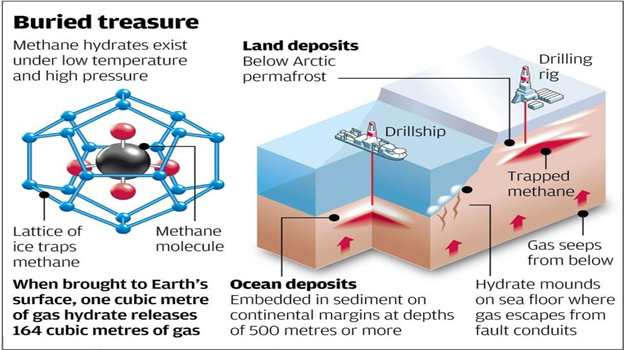