The Border Roads Organisation (BRO) has constructed a permanent bridge on the Ravi river to connect Kasowal enclave in Punjab along the India - Pakistan border to the rest of the country. 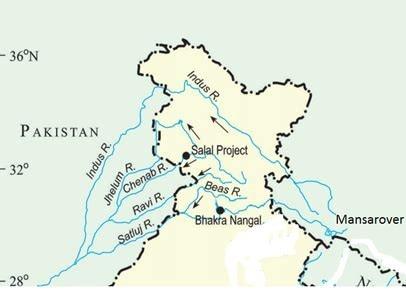