Recently, Mount Etna in Sicily (Italy) has erupted. It spewed a plume of ash and lava as two fractures opened at the base of its crater (a bowl-shaped depression, or hollowed-out area, produced by the impact of volcanic activity).

On Earth, the erupted material can be liquid rock ("lava" when it's on the surface, "magma" when it's underground), ash, cinders, and/or gas. There are three reasons why magma might rise and cause eruptions onto Earth’s surface - 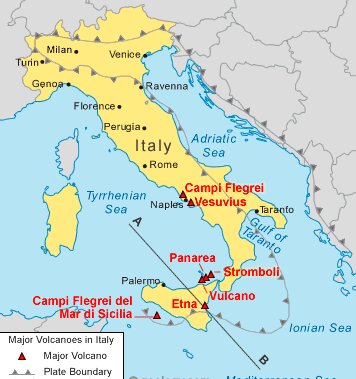