Recently, the National Green Tribunal (NGT) has directed Delhi and Haryana to enforce the Environment Management Plan (EMP) that the two governments have prepared for the rejuvenation and protection of the Najafgarh Jheel, a transboundary wetland. 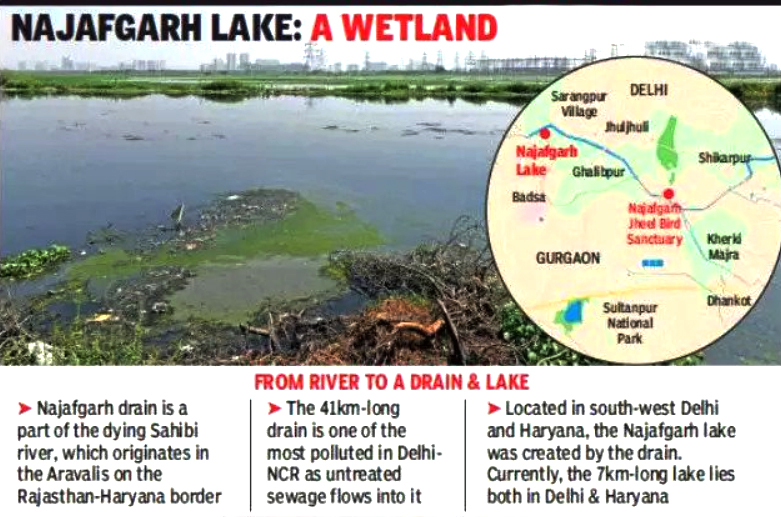