India ranks 113 of 176 countries on an index that evaluates countries on the wellbeing of children. The End of Childhood Index is part of the Global Childhood Report released by UK-based Save the Children, a non-profit organisation that works for child rights. 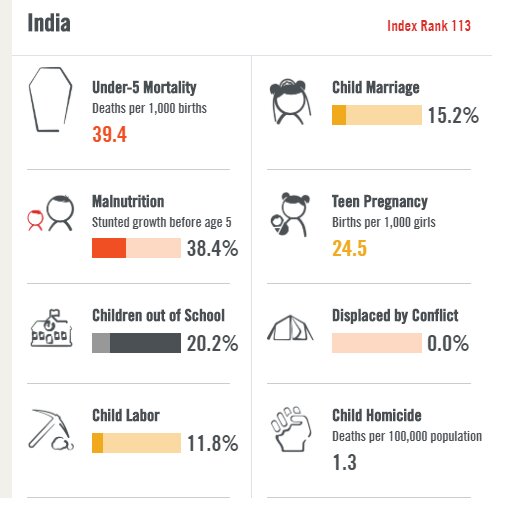