This editorial analysis is based on the article The search for an end to the complex Naga conflict which was published in The Hindu on 8th of September 2020. It analyses the issue of Naga insurgency and the issues related to it.

The Naga peace process appears to have again hit a roadblock after decades of negotiations. The non-flexibility of the National Socialist Council of Nagaland (NSCN-IM) on the “Naga national flag” and “Naga Yezhabo (constitution) among many more are said to be the primary reasons. But the issue is more complex than the twin conditions, as it affects Nagaland’s neighbours in northeast India.

How did it start?

The History of Peace Process 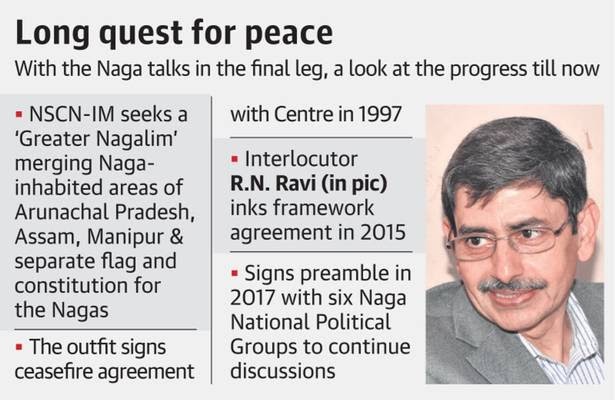 This editorial is based on “Mission Karmayogi shouldn't become an exercise of political vindictiveness” which was published in the Business Standard on September 4th, 2020. Now watch this on our Youtube channel.