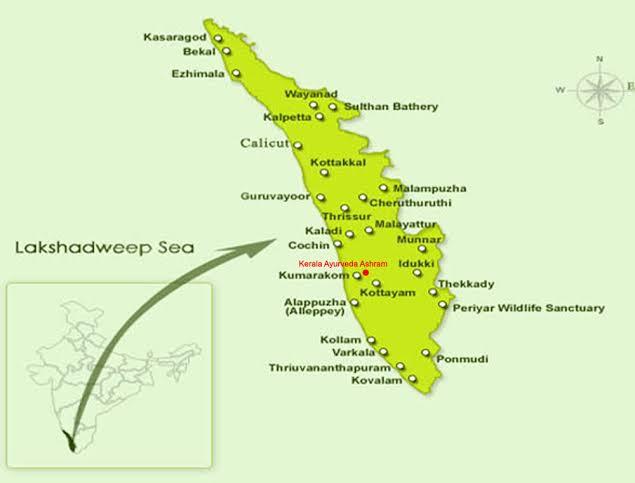 The Union Budget of the country had recommended to include Kumarakom in the list of 17 Iconic Tourism Sites in 2019. It is hence regarded as one of the must-visit places in the world. This has led to an all-around development of Kumarakom and its tourism. The village houses many mesmerising attractions which are no less than a feast for the eyes.

Kumarakom was part of the Kingdom of Thekkumkoor. It is situated on the eastern banks of the Vembanad Lake and abundant with canals. Numerous houseboats can be seen floating on these waters. These covered boats were once used to transport goods. Now, these are used for leisure rides. The village has a moderate climate with two monsoon seasons a year. Availability of water and a good climate have led to lush vegetation. The place has forests, lakes, canals, and backwaters. 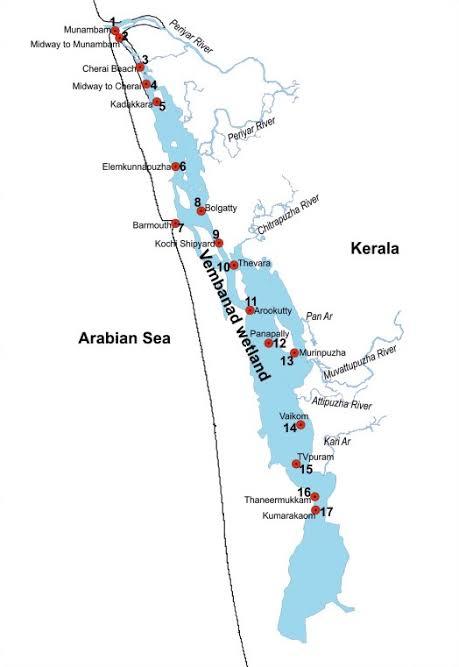 Parts of Kumarakom, especially the region around the Vembanad Lake, are known as the Vembanad Kole Wetlands. Kole lands were reclaimed from the backwaters many years ago. This was done by putting up temporary earthen bunds. It was on this land that cultivation of rice was done by farmers during the summer season.

The Vembanad Lake, also known as the Punnamada Lake at certain parts of the lake, is the longest backwater in Kerala. It is also the longest lake in India and the second-largest wetland in India after the Sundarbans. Mangrove forests and coconut trees are abundant here. A rich mangrove ecosystem exists here. Moreover, it has been scientifically proven that these mangroves absorb large amounts of carbon dioxide. Kuttanad, located by the shores of Punnamada Lake, is known as the Rice Bowl of Kerala and one of the few places in the world where cultivation is done below sea level.

Kumarakom Bird Sanctuary lies on the eastern side of the lake. It is a major tourist attraction. The lake is also an ideal habitat for shellfish like shrimps and prawns. About 100 species of fish, including tilapia, shark catfish and red belly fish are present here. Major livelihood activities of the people living beside the lake include agriculture, fishing, tourism, coir retting and lime shell gathering.

Ten rivers flow into the lake, enriching it with water. These include the six major rivers of central Kerala - Achankovil, Manimala, Meenachil, Muvattupuzha, Pamba and Periyar. 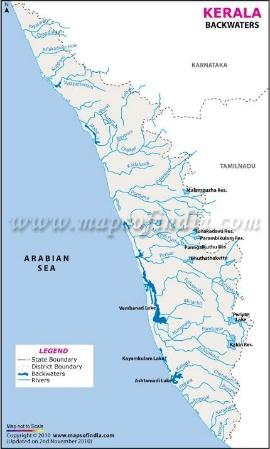 In 2002, the Vembanad Lake was included in the list of wetlands of international importance, as defined by the Ramsar Convention. The convention was first met in Ramsar, Iran to stand for the wetlands all over the world. The Ramsar Convention is an international treaty for the conservation and sustainable use of wetlands. The Vembanad Lake is the second-largest Ramsar site in India only after the Sundarbans in West Bengal.

This sanctuary was formerly known as Baker's Estate. It is situated on the southern shore of the Meenachil River, one of the tributaries of the Vembanad Lake. The sanctuary and the wetland are home to more than 10,000 waterfowls. It is home to many types of birds like waterfowl, heron, koel, cormorant, owl, egret, moorhen, darter, and brahminy kite. Many migratory birds stay in the sanctuary for a brief period of time. Birds like gull, teal, tern and flycatcher arrive here during the migratory season from distant places like the Himalayas, Mongolia, and Siberia. Siberian cranes are one of the main attractions in the sanctuary during winter. 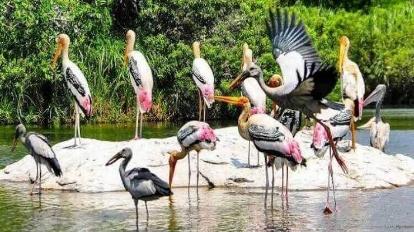 This museum has a variety of wooden sculptures of superior quality. It displays sculptures made on driftwood or wood that are retrieved from the water. One can enjoy intricate woodworks of high artistic value here. It was initiated by a school teacher who used to pick up pieces of driftwood deposited in the seashores. Those twisted branches, tree trunks, stumps and roots were transformed into sculptures with great craftsmanship and effort.

The museum displays a one-of-a-kind collection of driftwood sculptures prepared through innovative modern methods. It also includes a large collection of root sculptures. Tree roots are sculpted into various shapes and designed with efficiency. The strong and sturdy driftwood, which has weathered and travelled long distances, is gathered and cleaned. It is, then, trimmed to various sizes and shapes. 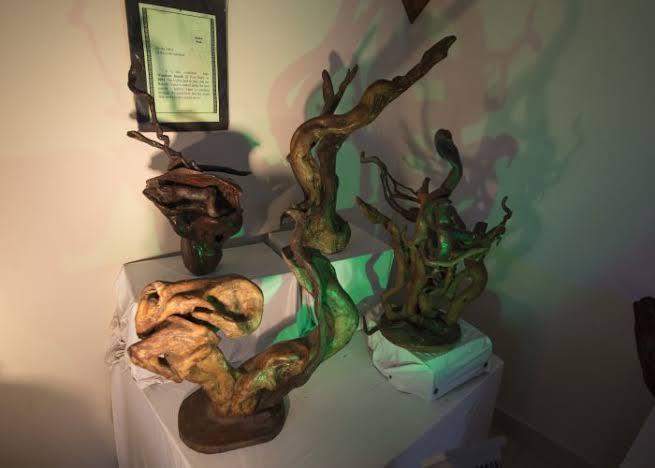 Pathiramanal Island is a small uninhabited island in Vembanad Lake. It is a safe place for around 50 species of rare migratory birds and a home to about 90 local species of birds. Pintail ducks, teal, heron, kingfisher, goose are some of the birds found here.

The island is also known as Anantha Padmanabhan Thoppu and was owned by M/s Bheemji Devji Trust of Cochin. It was later purchased by Chevalier ACM Anthraper. With the implementation of the Land Reforms Acts in Kerala in 1979, the island came under government ownership. It is now managed by the Tourism Department of Kerala. 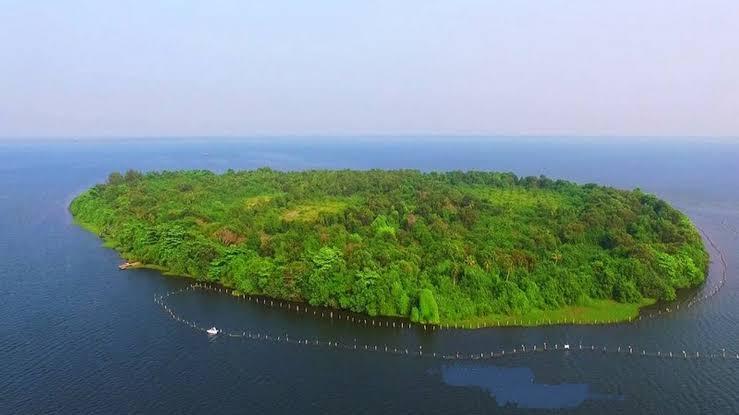 This barrier or bund was constructed in the Vembanad Lake to prevent damaging tidal activity and salt infiltration from the sea. It is the largest mud regulator and the only coastal reservoir in India. The barrier separates the lake into two: one part has brackish water while the other has fresh water. 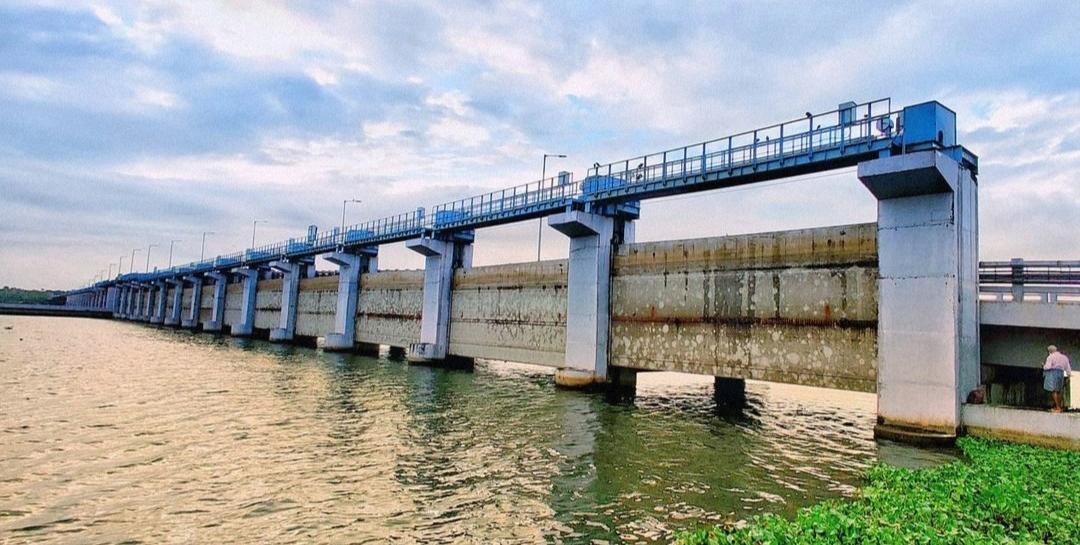 The bund has enhanced farming in Kuttanad. But, it has affected the backwaters badly. Water weeds have become rampant, depleting oxygen in the water and causing pollution as well. The existence of fishes that depend upon a small amount of saltwater is threatened. Every year, the bund is opened during the monsoon season.

It is located near the Bird Sanctuary. It is an old curiosity shop with lots of antique items to see and shop. Paintings, artefacts and handicrafts from the bygone era are displayed for visitors to see. Some of them can be bought as well.

Being in the list of Iconic Tourist Sites, Kumarakom aims to develop the basic amenities, facilities for tourists and attract more, and environmental protection. A draft development report on Kumarakom was filed emphasising these factors. The best basic amenities, convention centres, water sports, art gallery, shopping facilities and amusement park would be set up soon. Kumarakom is on its way to becoming the new face of Indian tourism.

Earlier, Kumarakom was declared as a special tourism zone in 2005. Special Tourism Zones (STZs) were set up along the lines of Special Economic Zones (SEZs) by the Indian government. This is meant to promote the 'enclavisation of tourism'. Following this, land and common property are converted into areas exclusively for leisure. Places with high tourism potential are declared as Special Tourism Zones. As a result, authorities have intervened in Kumarakom and regulated developmental activities.

Numerous prominent hotels are situated in Kumarakom. The region has more than 1000 houseboats. Tourists can stay or have a day's ride in these boats. A huge number of resorts and homestays flourish in this region. Another factor that attracts many tourists, especially foreigners, is Ayurveda. Ayurvedic treatment and spa fascinate the people who live in the cities. Along with a few days in the village enjoying the natural beauty, they spend time rejuvenating their minds and bodies. It has been estimated that about three to four lakhs of tourists, including those from outside the country visit the place every year.

Kumarakom is an example of responsible tourism. It is all about making a place better for the people to live in and as well as visit. Each and every party, be it the operators, hoteliers, governments, local people or tourists, in the tourism sector of the region, take responsibility and care to make tourism more sustainable.