New Year’s brings about a season of hope and joy. It marks the beginning of a fresh start with the people we love the most. Even though we make and break new year resolutions within a span of mere days but each year, we make new ones hoping they will last.

Today, the new year is a festival marked on 1st January, according to the Gregorian calendar which is followed almost worldwide. However, this was not always the case.

How did 1st January become the day of the New Year’s celebration?

The beginning of a new year has been celebrated since almost 4,000 years ago - around 2,000 BC - and has been traced back to the Babylonian civilization. However, it was celebrated after the first full moon, during the vernal equinox (after the spring equinox) which falls in the middle of the month of March. It was once an 11-day festival called Akitu which had different traditions on each day. This holiday was celebrated to recognize the mythical victory of Marduk, the Sky God, over the Tiamat, the Sea Goddess. It involved the passing of the crown to a new king or allowing the old king to continue his rule.

Many other cultures celebrated New Year’s on different dates. The Egyptians, Phoenicians and Persians celebrated it with the fall equinox (September 21), and the Greeks celebrated it on the inter solstice (December 21).

The early Roman calendar consisted of only 10 months - March, April, May, June, July, August, September, October, November and December. This can clearly be seen through the names given to the months - from September to November. Our ninth, tenth, eleventh and twelfth months were originally the seventh, eighth, ninth and tenth months. “Septem” is Latin for seven, “octo” is Latin for eight, “novem” is for nine and “decem” is for ten. The month of January did not exist until around 700 B.C. when the second king of Rome, Numa Pontilius, added the months of January and February to the calendar. It was a tribute to Janus, the God who had two faces - one facing forward and the other facing backward. He was the God of gateways and beginnings, simultaneously looking at the past and future. The month of January seemed to be named after him.

New Year’s was celebrated on 1st January for the first time in 153 BC. The new year was shifted from March to January as it was declared the beginning of the civil year. But this new date was not widely known and New Year’s was still celebrated on March 1, for a long time after 153 BC.

Julius Caesar introduced a new, vastly-improved solar calendar in 46 B.C. The ancient Roman calendar was based on the lunar system and had become wildly inaccurate over the years. This new calendar, called the Julian calendar, inaugurated ‘January 1’ as the new year and within the Roman world, this was widely accepted and consistently followed. 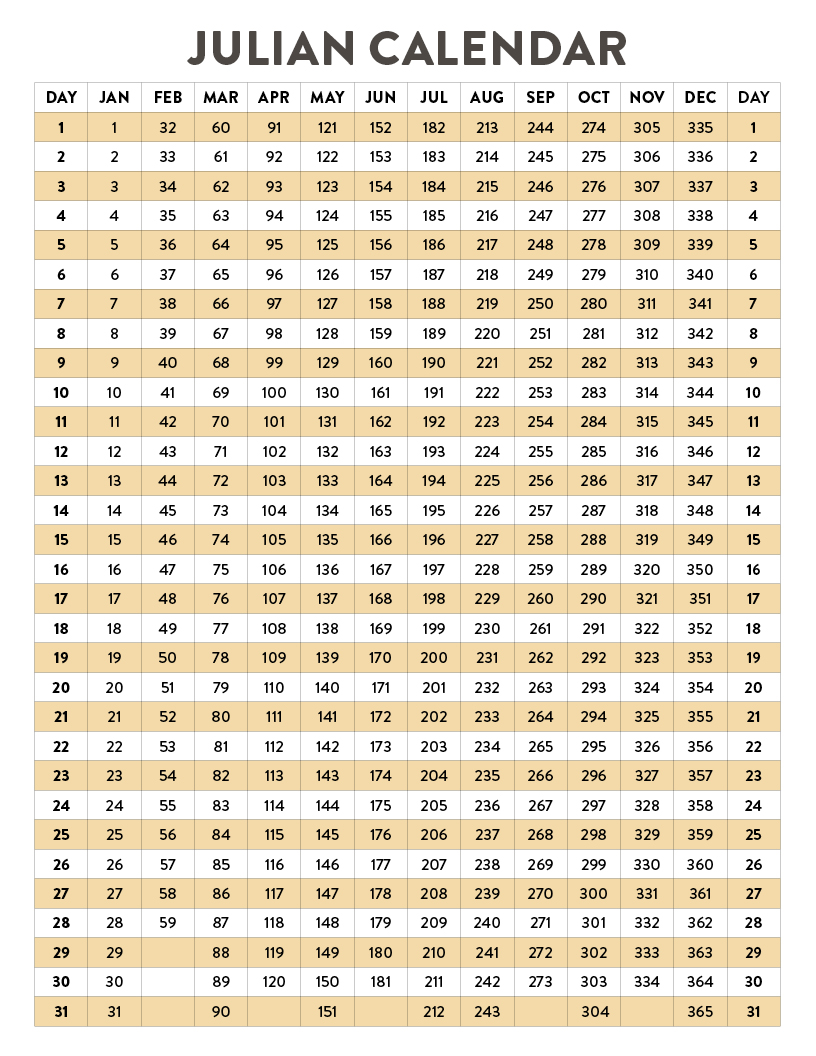 During mediaeval Europe, these celebrations were considered pagan and un-Christian-like. In 567 AD, the Council of Tours stripped January 1 as the new year. Thus, the New Year was celebrated on December 25 (the birth of Jesus Christ), March 1 (the old New Year), March 25 (the Feast of the Annunciation) and Easter.

The Protestants took a little time to adjust to it. The other countries adopted the calendar gradually - Scotland, in 1660; Germany and Denmark, about 1700; England, in 1752; and Russia, in 1918. However, the religions and cultures that still use a lunar calendar have continued to observe New Year’s Day on days besides January 1. 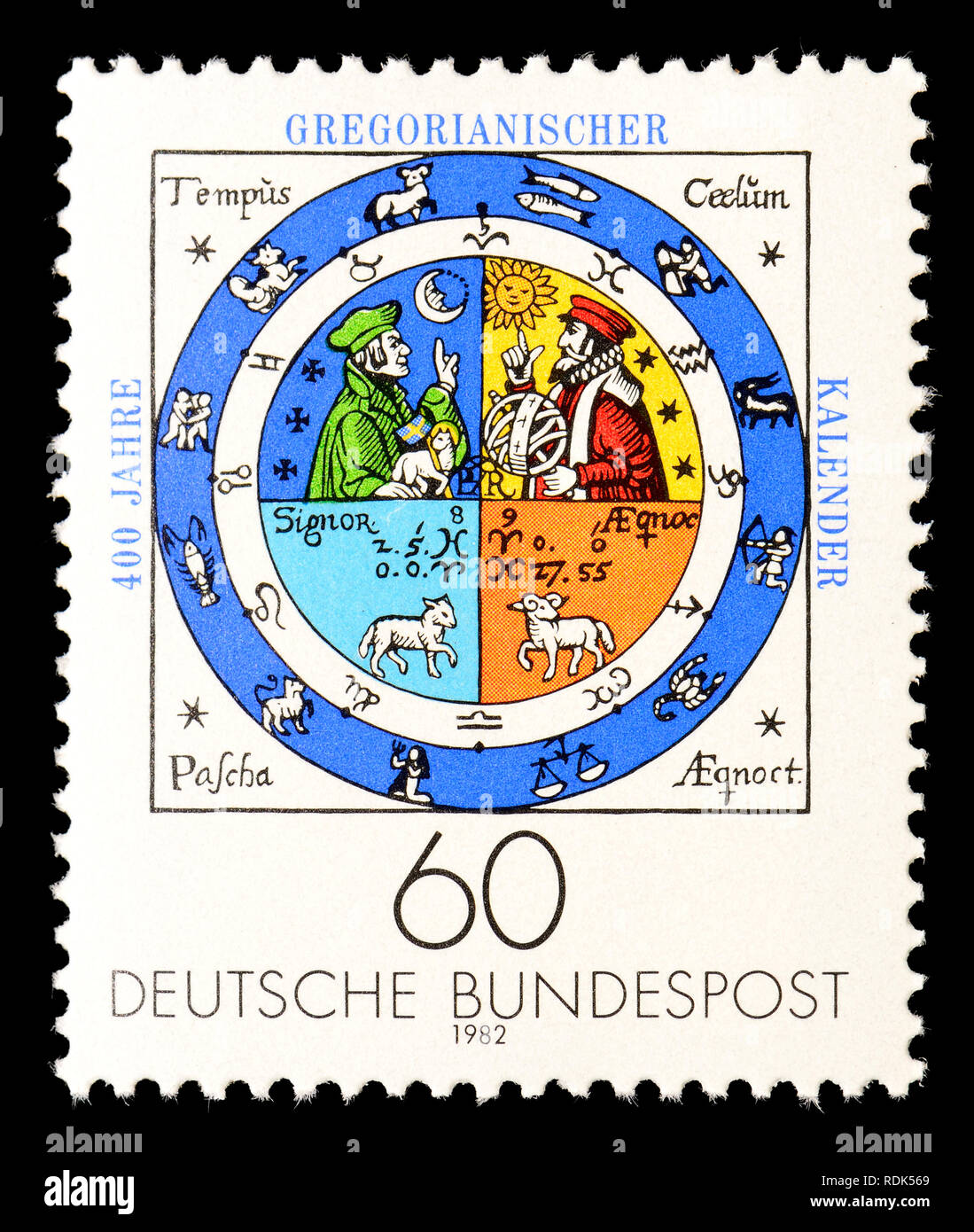 How is New Year’s celebrated around the globe?

Every culture has a different way of welcoming a new year. Some believe that what you do on the first day of the year is what you will continue to do for the rest of the 364 days. Whereas, some cultures believe the food you eat or the things you wear (money, clothes, accessories) determine what your life will be like for the following year.

The Hoppin’ John for dinner is said to bring about a year of luck and prosperity. It’s a dish served on January 1, made out of black-eyes peas, pork and rice. It is often eaten with collard greens, ‘paper money’ or ‘golden’ cornbread. 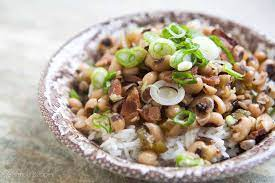 Some families go as far as putting a gold coin under their dishes to bring prosperity. Some countries believe that making a fish dish will bring good luck! It is so because fishes only swim in one direction - forward, and they never look back. Another tradition is to watch something drop. Cities all around the world, like New York City, display a dramatic countdown that ends with a ball drop that takes your breath away.

In the Philippines, it is a tradition to eat 12 fruits at midnight. The 12 fruits each represent the 12 months and are necessary to bring along a year of abundance. 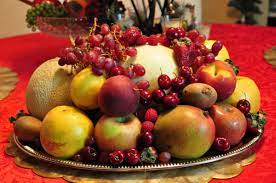 In Brazil, everyone wears white to attract peace and good luck for the upcoming year. It sure does look good in pictures! 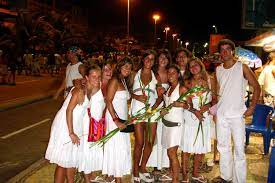 In Soviet Russia, Christmas was banned, so New Year’s became the official gift-giving season of the year. The loved ones exchange presents and warmth on this day.

In Denmark, the residents break chinaware on each others’ doorsteps. The more wrecked cutlery you have, the more you are liked by the people around you. In Spain, you are supposed to finish eating 12 grapes from the time the clock strikes midnight to the stopping of the ringing bell. The 12 grapes, once again, signify the 12 months that bring prosperity to the person who chews them! The Greeks believe that onions are a sign of good luck and fertility, for they grow even when they aren’t paid attention to. They hang onions outside the door of the house. 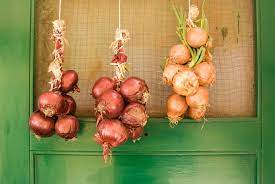 The Irish bang on their loved ones' doors with Christmas bread. A good cleaning after the banging is also appreciated by all.

In Scandinavian countries, a rice pudding is served with a peeled almond in it. Whoever finds the almond is said to have great luck in the upcoming year! 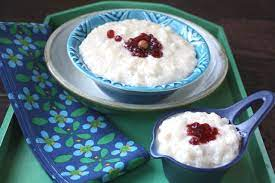 In Japan, eating ‘Toshikoshi soba’ is traditional. It is a dish with long, buckwheat noodles that are served hot or cold. The noodles stand for longevity and the buckwheat represents resilience. 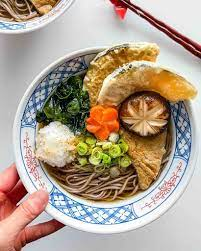 In Latin America, it is believed that the colour of your underwear worn during New Year's Day represents the emotions you will be feeling over the upcoming year. Red for love, yellow for joy and blue for sorrow.

In Singapore, the Singapore River is decorated with wishing spheres. They contain the hopes and dreams of the new year revellers. 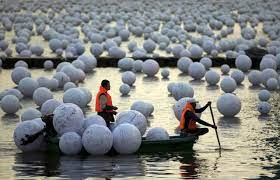 In Puerto Rico, the residents throw a bucket of water outside their house to shoo away the evil spirits. They also put a layer of sugar around their homes to invite good luck.

In Chile, the celebrations take place in cemeteries to include the dead members of families. 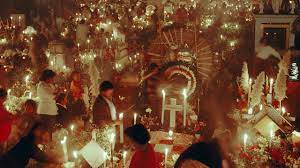 The New Year is celebrated with different cultural twists in traditions and beautifully crafted ideas. They are all unique in their own way and that’s the beauty of this world-wide event.

What are New Year’s resolutions?

Resolutions are made on every January 1, by people all around the world. At least a quarter people make one resolution on New Year. Some resolutions are on a micro-scale and could be done if discipline is achieved, whereas others may be impossible to complete.

The day of the New Year may seem arbitrary to make these promises but there are some psychological reasons attached to making resolutions on January 1. Rationally speaking, a large number of people find this illogical because if you want to make a change, you can do it on any day - why pick New Year’s? However, recent studies have shown that this has reasons attached to it that we fail to notice easily.

The brain is said to categorise and organise our memories. Psychologists say that we often craft life as a narrative rather than a continuum. “People tend to think about life as if they’re characters in a book,” says Katy Milkman, a psychology professor at The Wharton School of the University of Pennsylvania, and the author of the book ‘How to Change’.

When a new year begins, we feel inclined to turn the page and start a new chapter. Hence, we make resolutions, hoping the next chapter will house a much more positive person than the character in the old one.

2. A step from failure towards success

A lot of people believe that making resolutions means setting yourself up for failure. However, you’ll be surprised to know that the success rates are actually not that low.

In a survey done by YouGov, it was revealed that 35% of the people who made resolutions managed to go through with all of them. 50% of the people kept some of the resolutions. That counts as a lot of positive change in a large number of people.

Approach goals are much easier to complete than avoidance goals, i.e. working out for 10 minutes everyday is an easier goal than avoiding social media completely. If you frame your goals right and make them seem perfect to your taste, it’ll be easier to follow them - no matter how difficult they may seem to you.

A new year doesn’t necessarily mean you have to change from top to bottom. It signifies the beginning of a clean slate. You have the chance to be whatever and whoever you want to be, leave bad habits behind and take up good ones. It is one day where you cannot, possibly, delay things any longer. You have to get up, dress in clothes that make you feel confident, eat your favourite food and drink your favourite drinks.

All being said, this year can turn out to be much better than 2021 if only you try the best you can. And try your best, you should!

Quotes to motivate you in this New Year

“Each New Year, we have before us a brand new book containing 365 blank pages. Let us fill them with all the forgotten things from last year—the words we forgot to say, the love we forgot to show, and the charity we forgot to offer.”     — Peggy Toney Horton

“This is the new year, the new you. You can pass through another year, coasting on cruise control. Or you can step out of your comfort zone, trying things you have never done before, & make 2012* as the year that you elevate from where you are & soar high. Make it happen!”     — Pablo [*2012 - originality preserved]

“What do you need in the New Year? You need a dream; your dream needs an action; and your action needs right thinking! Without right thinking, you can have only unrealised dreams!”     — Mehmet Murat ildan

“We will open the book. Its pages are blank. We are going to put words on them ourselves. The book is called Opportunity and its first chapter is New Year's Day.”     — Edith Lovejoy Pierce

“Cheers to a new year and another chance for us to get it right.”     — Oprah Winfrey

A History of the New Year. (n.d.). www.infoplease.com.

LaScala, M. (2021, December 10). The Color of the Undies You Wear on December 31 Might Determine How Lucky You’ll Be Next Year. Good Housekeeping.