Statistics show that nearly 1 in every 3 women (i.e., over 736 million women) have been abused at least once in their lifetime. Over the course of humanitarian conflicts and other such disasters, women have been suppressed and cocooned, never being let out of their shells in fear that they are too fragile. What the societies and cultures across the nations fail to acknowledge is that women are survivors and that they have been put to the ground. 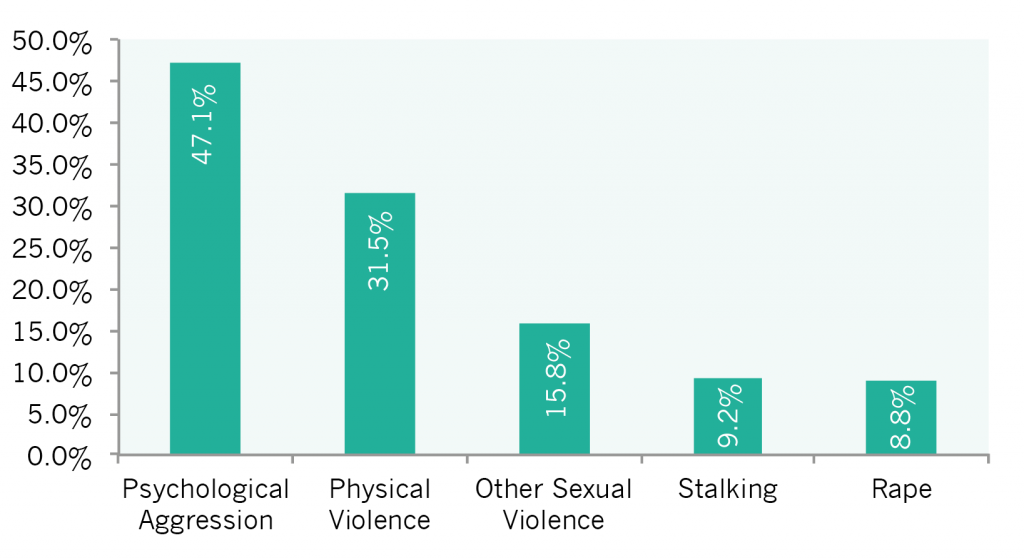 In a recent report from UN Women that collected information from 13 countries, since the pandemic dawned, it was noticed that 2 in 3 women claimed to have been abused or they knew someone who has been abused. However, only 1 out of every 10 women claimed that the victim would go to the police for help.

The history of violence dates back to ancient civilizations that slowly stripped women of their rights until they weren’t allowed to have a voice anymore. Some examples are mentioned below.

In ancient Athenian law, women hardly had any legal rights. They were not allowed to participate in court matters or in the assembly. Moreover, it is said that women of the high ranks weren’t allowed to show themselves or even be talked about in public.

The Roman civilization was highly sexist and disfavoured women to a vast extent. They passed laws that curbed a woman’s right to represent herself in court. If a married woman was found in bed with a man other than her husband, she was guilty of adultery. However, if a man was found doing the same, he was declared innocent.

These old civilisations derived their inspiration from mythological stories of gods and goddesses. One such story is of Greek gods Hera and Zeus, who were considered to be all-powerful. Hera was portrayed as a finicky wife and revengeful woman. However, Homer’s beautifully crafted poems failed to emphasize Zeus’s infidelity and “maleness” (equivalent to strength, in those days). After reflecting on Zeus and his aggressiveness towards women, it was deemed that he had raped several women just to get what he wanted. This quality of Zeus is still used as an excuse for men’s behavior towards women, to date.

In a matter of a few centuries, there has been an uproar of violence, sexual and non-sexual.

Some forms of violence against women are in the form of:

The World Health Organisation and United Nations are making constant efforts to change this rising tide of violence against women in the form of spreading education and holding workshops for spreading knowledge on the laws against such violence.

India, being one of the developing countries of the world, has tried its best to combat this human rights violation.

Indian laws that help curb the instances of violence against women are:

Violence against women in India is actually way more than what the numbers and statistics show. The majority of these cases remain undocumented due to the stigma surrounding sex and harassment.

In India, the suppression of women started back when Manu wrote down the social codes for Hindus. He compared women to drums and animals and sanctioned beating them up. He said that if a woman treated her husband with disrespect, she would suffer all the tortures of hell. Later on, numerous sages and renowned Indian figures attacked women’s freedom and dignity.

Even in the epic Mahabharata, Draupadi was asked to be equally shared among the five Pandavas as their wife (without her consent) by their mother Kunti. Their lust, induced by the inception of the thought, was made clear and to avoid conflict among the five brothers, she was married to all. Although the trauma of sharing her body with five men remains unmentioned in the epic, what was in store for her was much worse. In a game of dice against Shakuni, Yudhisthira lost all his material possessions, his brothers, himself and then Draupadi. Her honour is disregarded completely and she is humiliated when she is dragged into the court by her hair and disrobed in front of the Kuru elders, the Kauravas and the Pandavas (her husbands). Through the telling of this epic - the oppression of women, sexualisation of their bodies and of them being treated as possessions of men - are clearly portrayed.

The ill-treatment of women continued until women were no longer important and dignified enough to do anything but service a man’s household. With no education, no inheritance to their name and the stigma around remarriage, the Sati and Jauhar system thrived [ref.].

Honour and the stigma surrounding remarriage led to the creation of foul practices of Sati and Jauhar. These practices peaked between the 15th to 18th centuries when women’s physical chastity was considered extremely important [ref.]. With the increasing oppression and suppression of women’s rights and entitlement, their voice was stolen away completely. This ignited the starting embers of violence against women in India.

To think that these malpractices were happening only in this part of the world would be a folly. In the 18th century, men in America and England were given permission by law, to 'discipline' their wives and children using sticks and whips. This law was in practice till the late 19th century when feminists emerged and rebelled against these inhuman practices.

Today, the National Crime Records Bureau states that violent crimes against women increased by 6.4% in 2012 and a crime against women is committed every 3 minutes. In a survey conducted by International Centre for Research on Women, 65% of the men stated that women deserved to be beaten up from time to time and should tolerate all forms of violence in order to keep the family together.

If you ask me where the problem lies - it lies between the culturally imbibed strands of patriarchy and the constant treatment of women as bodies and not humans. Moreover, the objectification of women’s bodies can still be seen in Bollywood movies and TV shows which often promote ‘item numbers’ where scantily clad women are shown piquing the interest of men. Also, the concept of consent has been violated over the decades. The protagonists are shown pursuing the woman even after she says ‘no.’ Such prejudice against gender has very deep roots. For example, girls are taught how to deal with sexual abuse from a young age but the same education is considered to be ‘bad’ when it comes to men.

Centuries of objectification and oppression have now been ingrained deeply in our minds, since birth. And the only way to eliminate this is by educating both genders to break free from the shackles of patriarchy and learn to respect each other as humans. The gendered notions that girls should serve in the kitchen from a young age and boys should study and make something of themselves should be outgrown. People should understand that both of these skills are necessary to make and sustain life irrespective of gender.

Thankfully, women now have the freedom of speech to voice out their opinions. With the onset of numerous girls’ schools, women working all over the world and the trends of breaking stigma among the people with the help of movements like “MeToo”, there has been a considerable change, globally and in India.

However, India has a long way to go when it comes to such practices. Educating men to be better human beings and women to be strong, curbing the foul portrayal of women’s bodies as sex objects, introducing sex education in schools and adding stricter laws to the Indian penal code are just a few measures that can be taken to protect women from such atrocities.

“Not all men practice violence against women,
but all women live with the threat of male violence every single day. All over the Earth.”

History | Center for Research on Violence Against Women. (n.d.). Www.uky.edu. Retrieved December 1, 2021, from

Nations, U. (n.d.). International Day for the Elimination of Violence against Women. United Nations.

The Humiliation of Draupadi. (n.d.). Rathuenglishnotes.blogspot.com. Retrieved December 1, 2021, from