You are a senior officer at an intelligence agency working for the internal security of the nation. You find out that a junior officer has been a victim of honey trapping through social media. In all of this, his phone was hacked and confidential files were leaked.

The entire department has come together and wants you to take strict action against that officer for his behavior. That junior officer is highly skilled and a valuable asset for the organisation. He is also very close to you as you have mentored him throughout and he also respects you a lot. Moreover, any action against him might attract media attention and bring a bad repute to the organisation at large.

(A) What are the ethical issues involved and the options available to you in such a situation? 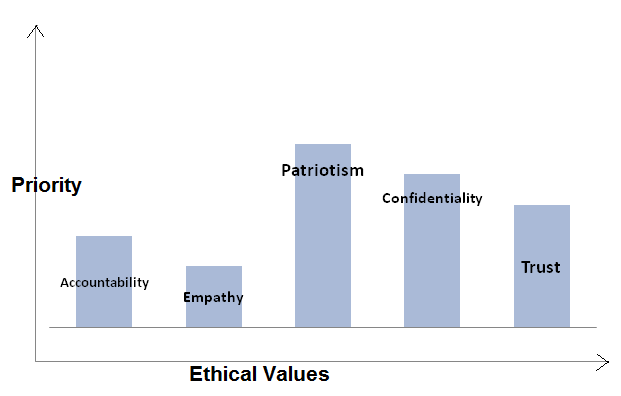 Option (1) seems to be the suitable choice as national security and professional ethics precede personal relations and empathy with the junior officer.