This article is based on “Privatisation is not a panacea for PSBs” which was published in The Hindu business line on 11/06/2020. It talks about the pros and cons of privatisation of Public sector banks.

Recently, the union government has stated that it is considering to designate the banking sector as a strategic under the new privatisation policy- announced as a part of the ‘Atmanirbhar Bharat’ package.

The new privatisation policy envisages that in each strategic sector, no more than four state-owned companies will exist. Currently, after the latest round of consolidation, there are 12 public sector banks (PSBs).

This means having four mega PSBs will either come through further mergers of PSBs or privatisation. Privatisation is often considered a solution for poor management in public sector banks.

However, former governor of RBI Raghuram Rajan held that privatisation is not a panacea for the ills of the banking sector unless accompanied by reforms in banking regulation.

Rationale of Privatization of PSBs

Issues Related to Privatization of Banks

Note: Under the RBI Act 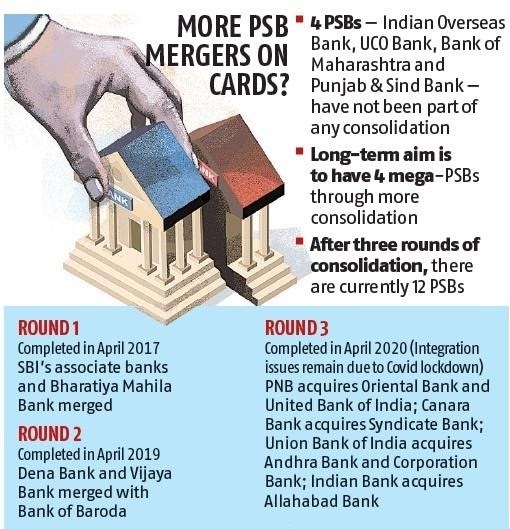 This editorial is based on “Assam OIL blowout, fire: The polluter must pay” which was published in The Hindustan Times on June 11th, 2020. Now watch this on our Youtube channel.